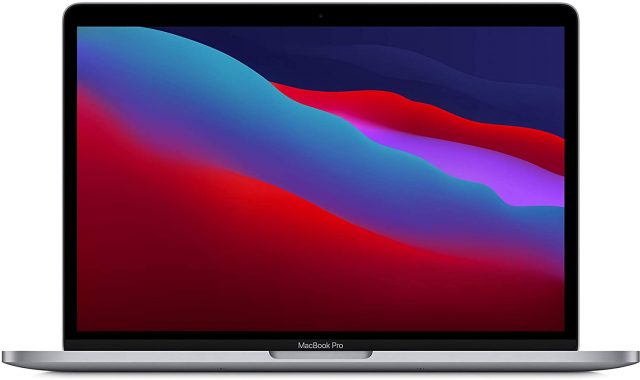 Apple announced that it would abandon Intel processors and make its own chips based on the Arm architecture. In mid-November, Apple put its money where its mouth is and released two laptops and a desktop computer with its new, proprietary processor, the M1. In this review, we look at the fastest laptop, the MacBook Pro, paying special attention to the new processor and how Apple has integrated it.

The M1 is a crucial step for Apple, which ensures that the manufacturer gains even more control over its own hardware and can also better tailor that hardware to its own software. It is also a crucial step for laptops, as all attempts to deploy Arm hardware in laptops or tablets have so far met with little success. For example, Microsoft developed Windows RT and an Arm version of Windows 10, but the tablets and a single laptop on which those operating systems were running, turned out to be little popular. This was partly due to the speed of the hardware, but also to how x86 and x64 software are supported. Apple has the same problem, as the company’s fastest chips so far ended up in its smartphones and tablets.

So, a lot depends on the success of this MacBook and the wonderful thing is that you do not see any of it on the outside of the laptop. Apple has used the same casing it has used for years for the 13.3 “MacBook Pro. Okay, the butterfly keyboard was replaced by a Magic Keyboard earlier this year, but otherwise, the casing is the same as 2016 one. When you turn on the laptop, you end up in macOS Big Sur, which is also a familiar sight, because the Intel MacBooks run the same operating system. know that you are working on a laptop with hardware that is so important to the manufacturer.

What has also been unchanged for years is the limited connectivity options. On the left are two USB connections and, on the right, there is room for a combined jack connection. If you connect the charger, you have already lost a USB connection, so there is only one USB connection left. Of course, you can expand the number of connections with a dock or hub, but more connections would have been useful. In addition, we do not understand that a laptop that is aimed at creative users in Apple’s promotion does not have a card reader.

The 13 “MacBook Pro has been equipped with a Magic Keyboard since spring 2020, Apple’s marketing name for a ‘regular’ keyboard with scissor switches. As far as we have found that keyboard is the only way you can use the M1 MacBook on the outside of its predecessor with two ports because the Fn key has a globe that was not there before. Anyone with an Apple smartphone or tablet will recognize the globe and its function is to switch between different keyboard layouts If you only have one keyboard layout, it is a shortcut to access the menu of emoticons and special characters.

The heart of the MacBook Pro is thus formed by the M1-soc, and the magic word is integration. The soc is a complex chip, which is provided with functionality for which Apple previously used separate chips. For example, Apple previously used its separate T2 chip. This included the trusted execution environment, referred to by Apple as ‘secure enclave’, which is integrated into the soc. A storage controller and a Thunderbolt / USB4 controller are also built-in.

The M1-soc is made at 5nm and has eight CPU cores, which are big.Little configuration. These include four fast Firestorm cores, which are accompanied by 12MB L2 cache and four Icestorm cores with 4MB L2 cache. These are the same cores as Apple uses in the iPhone 12, but the smartphone only has two Firestorm cores, and the cache size is limited to 8MB. Of course, the soc in the smartphone is also limited in its maximum consumption because the cooling in a mobile phone is limited. Apple does not specify clock speeds for its CPU cores, but the maximum of the fast cores is around 3.1GHz, while the economical cores clock to around 2GHz.

On the inside, as mentioned, no parts can be upgraded, but something else stands out. The case is identical to that of its predecessor with an Intel processor. Apple was clearly pleased with its laptop design and has given the motherboard that houses the M1 processor the same dimensions as the old Intel board. It seems as if Apple wanted to keep the interior, like the exterior of the laptop, the same as much as possible. That makes a difference because you do not have to design completely new housing and battery and it also shows that Apple wants to make the transition to Arm processors as smooth as possible for its users.

So, if you have x86 software that runs on the x86 version of Big Sur without any problems, chances are that that software will run without problems on the M1 processor. It is of course the intention that manufacturers build a separate Arm version of their software. When installing Creative Cloud, Adobe already gave a message that an Arm version of Photoshop is being worked on. In the meantime, according to Adobe, you can use the x86 version of Photoshop and it turned out to run without problems.

As much as Apple has changed under the hood, so little has changed on the outside. We wrote that earlier in this review and relates it to the part of the laptop that you look at the most: the screen. Apple has been using Retina screens in its MacBook Pro laptops for years and that means that it uses a high-resolution IPS panel. Apple has opted for 2560×1600 pixels and that produces a clearer sharper image than the usual resolution of 1920×1080 pixels on 13.3 “laptops. Moreover, the aspect ratio is 16:10. That gives just a little more vertical space, which we also like to work with.

The battery, like its predecessor, is still glued into the housing in four parts and has the same capacity of 58.2Wh. That is a common capacity for high-end 13 “laptops, but in the end, it’s all about what you do with that energy and Apple has been able to optimally match its hardware and software to achieve a long battery life.

When Apple announced it was going to make its own chips based on the Arm architecture, there was plenty of reason to be sceptical. Although Apple has extensive experience in building smartphones, the application of Arm-based chips in the past, albeit on Windows laptops and tablets, has not been successful. This had to do with several factors. On the one hand, the Arm chips were not particularly fast, and, on the other hand, there was a software problem, because although Windows was made suitable for Arm hardware, most of the software was made for the x86 architecture and therefore had to be emulated. That was not possible at all in the early years with Windows RT and later with many limitations.

Still, the M1 is a significant upgrade over the model it replaces, which was still equipped with an eighth-generation quad-core Intel processor. CPU and GPU are a lot faster, but also more efficient, which leads to a significantly longer battery life, and the good screen has remained. Apple continues to support this M1 version for the time being. Apple wants to complete the entire switch from Intel to proprietary processors in all its products in two years, and then the question remains how long support for Intel macs will continue. In any case, the M1 is an excellent ‘new beginning’, and we are very curious what else Apple has in store for silicon.