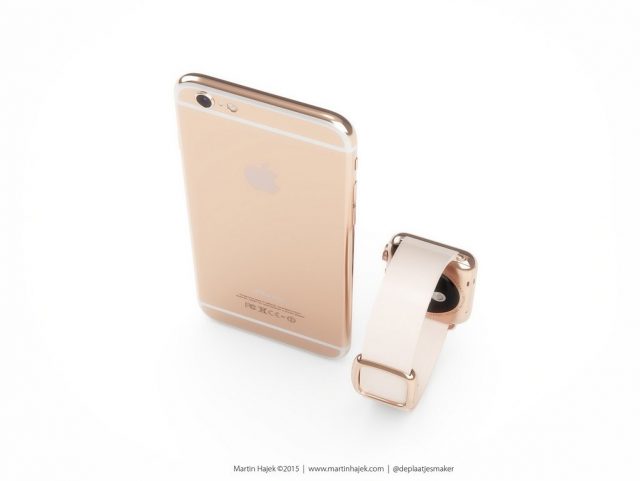 (Update) It appears the expected unveiling of the iPhone 6S will be at an event on 9 September, 2015. The likely release date will by 18 September 2015.

9to5Mac‘s Mark Gurman claims that the iPhone 6S and iPhone 6S Plus will get massive upgrades to their cameras, with the sensor increased from 8 to 12 megapixels, and an improved image signal processor being levered into the new A9 chipset.

It has also been suggested that the camera will allow users to take 4K videos as well.

The iPhone 6 and 6 Plus have been around seven months now and of course this means it is time to speculate on the iPhone 6’s replacement. Here is what we have heard about the iPhone 6s and iPhone 7 release dates, specs, new features and rumours.

Release date: When is the iPhone 6S going to come out?

But other rumours abound that Apple will try to release a smartphone sooner with two releases a year in a bid to rival the likes of Samsung, HTC, LG, Sony and others.

“Apple is looking at a condensed six-month release timetable going forward, in order to not only keep up with the more frequent releases from Samsung, but also to provide a boost to iPhone sales when the Apple Watch launches in the spring,” people knowledgeable with the iPhone have been reported to have said.

What about the iPhone 7 release date?

“The new schedule is expected to stagger the releases of two devices in 2015 to capitalise on sales,” according to reports from The Mail Online. “Apple could release the iPhone 6S to people who want to upgrade to a slightly cheaper model, before announcing its flagship iPhone 7 in the autumn.”

It must be said that there is scant evidence to support this rumour. However, a launch date of October 2015 has been mooted for the iPhone 7, a few months after the launch of the iPhone 6S.

Among the new features that Apple fans would like to see in the new iPhone 6S is wireless charging. This has already debuted in the Apple Watch so the odds for this are high. It would also mean one less port to have on the phone and judging by Apple’s latest MacBook offering, fewer ports seem to be the direction the Cupertino firm is heading. Another option on the charging side that has been keeping internet pundits busy is the reversible USB Lightning port (as demoed in the video below) – how likely this is to become an official Apple release is another matter though…

Adding haptic feedback on the iPhone could open up new avenues as far as user interface controls are concerned. This article from the Wall Street Journal seems to think so. Perhaps such a feature could spell the end of the Home button.

According to Taiwanese site TechNews (translation), Force Touch could be arriving onthe iPhone 6S display. This technology is also used on the Apple Watch. This could allow for new types of gestures on the handset, differentiating between taps and presses. The tech may be limited to the iPhone 6S Plus.

32GB as the minimum

It is about time Apple ditched 8GB and 16GB options for their smartphones. There just isn’t enough room for iOS, apps and data to make this viable any longer.

Perhaps a two-lens system and optical zoom may finally feature here. Otherwise, perhaps a camera that doesn’t stick out so much would also be in order. The unearthing of a new Apple patent in March suggest that the company may use a new light-splitting, three-sensor camera system, could improve the camera for videos and photos.

Apple recently acquired Israeli camera-technology firm LinX for $20 million. Its technology uses multiple sensors in the lens to measure filed depth. It can also re-focus an image after the shot has been taken. The sensors would give any camera on an iPhone or iPhone 7 almost SLR-like qualities.

Perhaps a thicker iPhone 6S could give us a phone that would last 24 hours. We’ll keep dreaming.

Water and smartphones don’t seem to be a good combination, but if Sony can release a smartphone that can take the odd splash, it isn’t beyond Apple to offer the same thing! One rumour is that instead of making the chassis waterproof, Apple will put a waterproof coating on vulnerable parts of the iPhone inside, leaving the design outside intact.

This seems virtually inevitably. The next iPhone is bound to feature a new A9 processor, according to Re/code. This will be faster and use less energy, thanks to the 14 nanometer chip design of the A9.

According to reports from BGR, a german retailer has already listed a number of new Apple products including the iPhone 6S, iPhone 6S Plus, the iPhone 6C and also the much fabled iPad Pro, which has been long-rumoured to by a 12-inch version of Apple’s tablet computer.

Apple will source the display panel for the iPhone 6s, iPhone 6s Plus and iPhone 6c from Japan Display and LG Display, while the screen for all three models will be made by Sharp. The display will be made from f Corning’s Gorilla Glass and not sapphire crystal glass.

Current rumours of a budget iPhone, dubbed the iPhone 6C, abound. It is rumoured to have a 4-inch display, but possibly thinner. This would replace the iPhone 5C, which hasn’t sold as well as Apple hoped. DigiTimes has hinted the iPhone 6C will come out as a 4-inch phone with a Gorilla Glass coated LTPS display. It notes the 4-inch iPhone 6c is likely to be manufactured by Wistron while both the 6s and 6s Plus will be manufactured by Foxconn.

In addition to Silver, Gold and Space Grey, you’ll also be able to purchase a new pink iPhone; although this is likely to be a rose gold colour and not bubblegum pink. Designer Martin Hajek has created several beautiful concept images of the rose gold iPhone 6S might look look like:

The new iPhone could sport a cas made out of the same aluminium as the Apple Watch, according to Taiwan’s Economic Daily News. The material is resistant to scratches and is lighter than steel.

This could finally be the year when the SIM-less iPhone makes a debut. An iPhone 6S with Apple SIM (universal SIM card) pre-installed this year is a strong possibility.

It looks certain that Apple will hold the price of the iPhone series ahead of the release of the iPhone 7. The 5S released in 2013 with a £549 price in the UK with a 2-year contract. Similar pricing was used for iPhone 6, although the Plus version cost a lot more, so we expect much the same in 2015 with iPhone 6S. Apple should price the iPhone 6C at far less than that in order to attract a new demographic.

It is likely the release of the iPhone 6S and 6C will be timed to coincide with the arrival of iOS 9. At present, very little is known about this operating system. It is widely expected to be more of a release that fixes faults with the earlier iOS8 as well as speed optimisations to get more out of current models. There will be serious efforts to reduce the size of installation files. The new OS will be introduced at WWDC 2015 at Moscone Center in San Francisco on June 8, 2015.

In a patent filing, Apple was granted patent for a flexible handset. In the new smartphone, the screen, the battery, and other components can be bent out of shape without damaging the device.