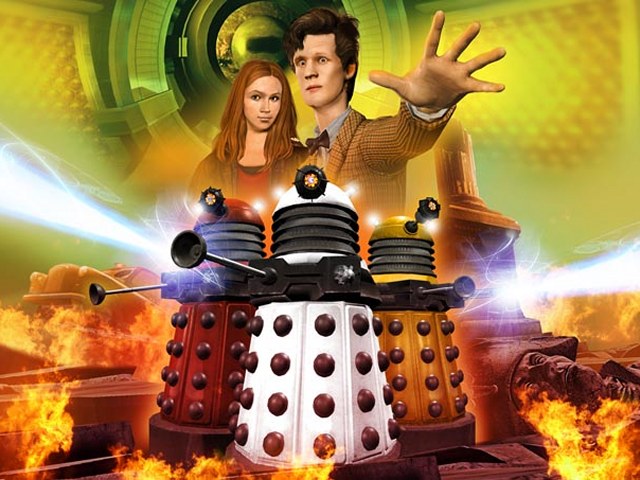 If, like us, you’ve been glued to the aceness that is the new series of Doctor Who, you probably know that the BBC has been putting together a series of free games for PC and Mac. You might not know that the first one is available now.

Doctor Who: The Adventure Games is an episodic collection of adventure games, mixing sneaking with minigames and point-and-click bits. It’s the work of Sheffield-based Sumo Digital, best known for its work on Sega games like OutRun and Virtua Tennis, with production being overseen by Broken Sword creator Charles Cecil.

The first instalment, City of the Daleks, was meant to be released this Saturday, but for whatever reason is available to download right now. (Only if you’ve got a PC, mind, the Mac version isn’t out ‘til the 15th.)

Oh, and if you’re a Whovian living in the U.S., not only do you have to wait but you have to pay for it when it does appear. Sorry! (You guys get just about every other game months before we do, though, so nyerrrr.)

If you’ll excuse us, we’re off to see what it’s like for ourselves.