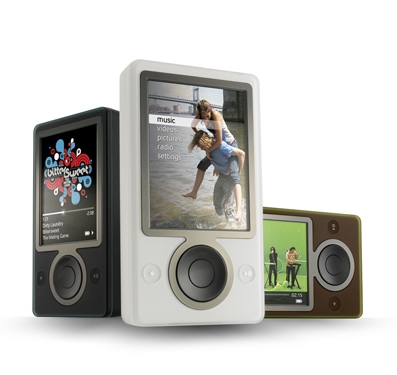 While Microsoft shies away from the prospect of making their own
phones, it will go head-to-head with Apple’s iPhone by bundling in its
differently successful Zune into a future version of Windows Mobile.

MS boss Steve "the quiet one" Ballmer told CIO magazine that the
company has advanced plans to squeeze in a Zune player into smartphones
in the future.

He said that "all content is going digital" and so it made sense bundle
software into devices that the modern consumer actually used.

"What you’ll see more and more over time is that the Zune
software will also be ported to … Windows Mobile devices," he said.
With Windows Mobile scheduled for release in the second half of 2009,
it sounds more than likely thatZune technology will appear in smartphones.

Ballmer also lambasted Google’s attempt at muscling in on the
smartphone market with its Android phone built by Microsoft hardware
partner HTC.

"You’ve got to remember Android is version one….and it looks like
version one. They’ve got one handset maker, we’ve got 55. They’re
available through one operator, we’ve got 175."

In other news, Apple legend Steve "Woz" Wozniak predicted the end of the iPod.

He told UK broadsheet the Telegraph that the iPod "has sort of lived a long life at number one," but will die out.

He said the iPod’s trajectory was rather like Sony’s Walkman.

"It’s kind of like everyone has got one or two or three. You get to a
point where they are on display everywhere, they get real cheap and
they are not selling as much," Wozniak said in the interview.

"Consumers aren’t getting all they want when companies are very
proprietary and lock their products down. I would like to write some
more powerful apps than what you’re allowed."