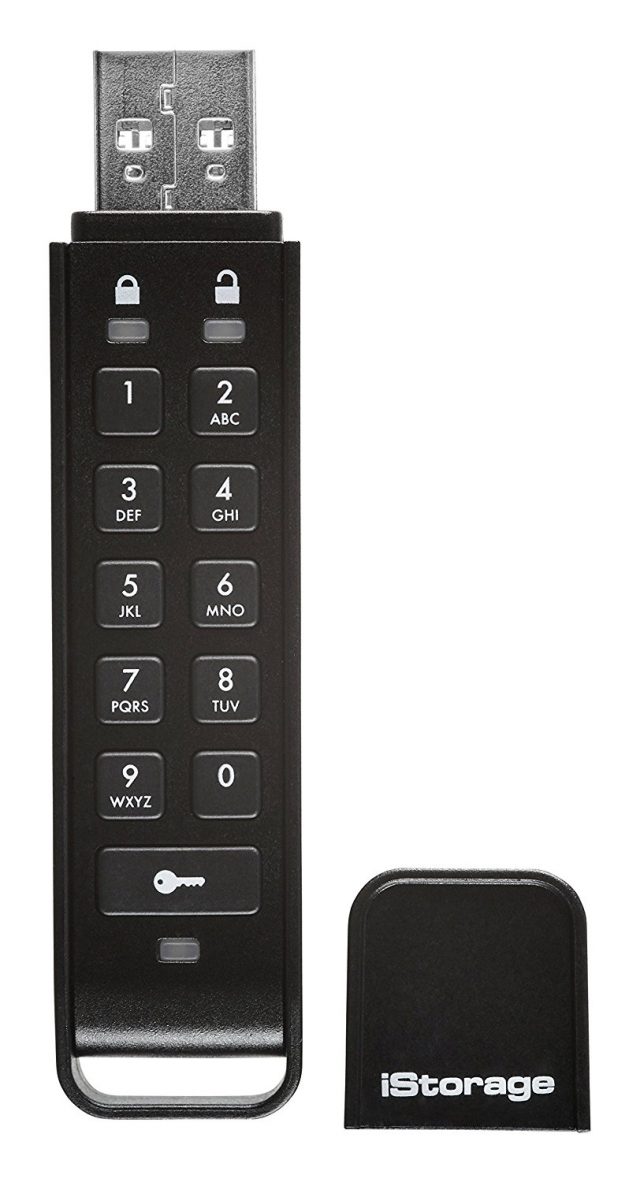 Data is becoming ever more valuable to people and organisations. The datAshur Personal2 bills itself as the world’s most secure, easy to use and affordable USB 3.0 flash drive, employing PIN code access with military grade XTS-AES 256-bit hardware encryption.

The USB 3.0 device uses DataLock technology licensed from ClevX LLC. It comes in 8GB, 16GB, 32GB and 64GB varieties and is compatible with all operating systems including Windows, Mac, Linux and Android. It works straight out of the box, does not require any software or drivers to be installed.

The drive can only be unlocked by entering a personal 7-15 digit PIN code before connecting to a USB port. All data transferred to the device is automatically hardware encrypted to military standards, to ensure all data is safe and secure in the event the drive is lost, stolen or tampered with.

It can be configured with independent User and Admin PINs, making it perfect for corporate and government deployment. If the User forgets their PIN, the drive can be unlocked using the Admin PIN which will then clear the old User PIN and allow the User to set a new PIN.

The datAshur Personal2 also incorporates a drive reset feature which clears both User and Admin PINs, deletes all data, creates a new randomly generated encryption key and allows the drive to be reused. The datAshur Personal2 can generate an infinite number of randomly generated encryption keys, allowing the user to reset the drive as and when required.

It is designed to be 10 times faster than it’s predecessor, the datAshur Personal, with data transfer rates of up to 116MB/s read and 43 MB/s write.

The overall build of this product is outstanding; it is very robust and is worth using if you prize your data.