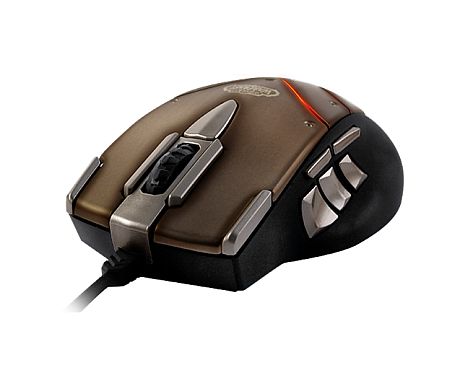 SteelSeries has created its second official World Of Warcraft mouse. The Cataclysm gaming mouse, which was developed with Blizzard Entertainment, allows the user to bind all 14 buttons directly from the World of Warcraft interface.

“With a unique exterior that evokes the armored plating of Deathwing the Destroyer, the World of Warcraft: Cataclysm MMO Gaming Mouse delivers superior ergonomics and an intuitive button layout with advanced software functionality,” said a SteelSeries suit.

Users can also develop and store up to 10 profiles on the mouse and create custom macros.

SteelSeries CEO Bruce Hawver said that since the release of the original World of Warcraft mouse back in 2008 his company had received feedback from thousands of players on how they’d customised their mice and what changes they would like.

“For two years, our R&D team worked hard with Blizzard Entertainment to incorporate the great feedback and to enhance the mouse technology and game integration,” Hawver said.