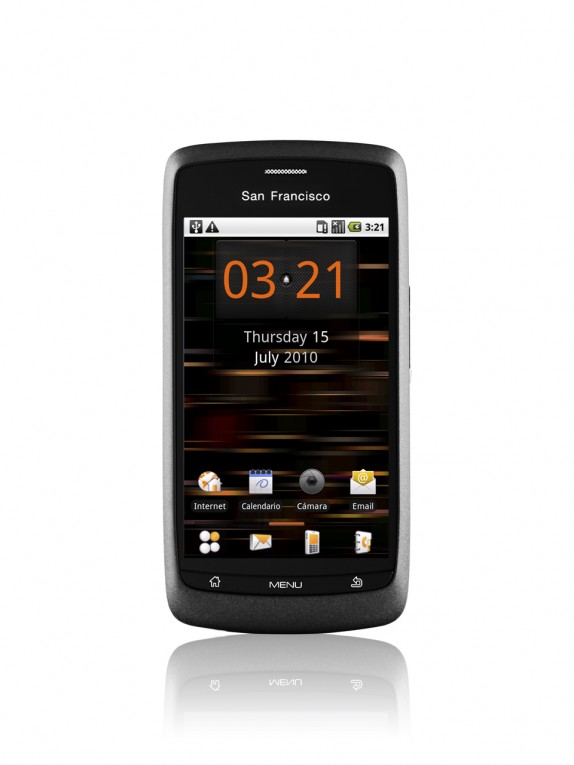 Orange has bought out a new mass market Android handset and you will get change from £100.

The new San Francisco handset features the Android 2.1 OS (not sadly Froyo 2.2) and is available for £99 on PAYG Dolphin.

It also comes pre-loaded with Orange Android apps such as Orange Wednesdays and Orange Maps – which uses the device’s built in sat-nav.

There is also an MP3 player and built-in FM radio to listen to music. The slate grey device comes with a 3- megapixel camera t as well as wifi, bluetooth and a 3G+ connection.

As with all Android phones, it is social-network ready with Bebo, Facebook and Twitter on display. Finally, when you top up by £10 on pay as you go Dolphin, you not only receive inclusive internet, you also get 300 free texts and £10 credit to spend however you want.

The San Francisco supports a data capacity of up to 32GB, and comes with a 2GB microSD card inbox and in-built memory of 150MB.

“The San Francisco is the first in a series of affordable Android devices we have planned for Orange,” said Phil Roberson, Director of Devices. “Combining its great functionality with our pay as you go price plans, really does offer users tremendous value for money.”