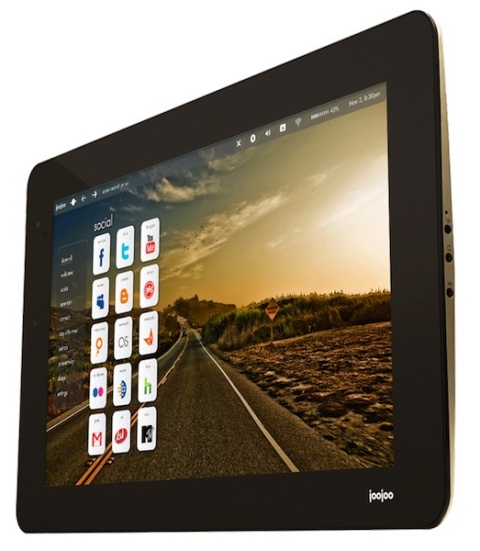 While we wait in earnest for the iPad to hit UK shores, Fusion Garage is out to put a spell on us with its new tablet PC, the JooJoo.

The Linux-based machine is an Intel Atom-powered device which will retail for £334 and boasts a 12-inch display. For the same money that you can buy a 9-inch iPad.

While the iPad only has a docking port, the JooJoo has microphone, headphone and USB ports. And of course, with the larger screen, the JooJoo (1.1kg) weighs more than the iPad (0.7kg).

The display itself has a 1,366 by 768 resolution and has a good colour range and viewing angles and can run Flash, unlike the iPad (which could run it wanted to, but doesn’t want to). The machine also stars up in nine seconds, roughly comparable with the iPad.

The device, formerly known as the CrunchPad, goes on sale in Europe. A JooJoo spokeman denied that the device had suffered poor sales in the US, where it is up against the Apple tablet.

The JooJoo can be bought from the JooJoo store.

Below is a video walkthrough of the JooJoo.