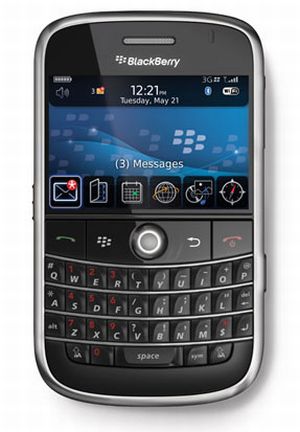 In this day and age, staying connected is vital. Missing out on the latest news, whether that be the latest world headlines from the BBC or what time to meet your best friend at the pub, is not something anyone wants to do.

Now that we have mobile computers for phones we can do all this. You can get updates on breaking news stories via RSS feeds, be alerted to incoming emails, sync your Facebook with your mobile, take pictures, listen to music and avoid getting lost thanks to GPS. But seeing as the latest smartphones all offer a plethora of gadgets, come in various super-sleek styles and represent outstanding value for money, how do you go about choosing just one?

That’s not an easy choice. You need to decide what you want from your phone. Simplicity and functionality, style, huge memory for music, high-quality camera or a little bit of everything at a low price?

Blackberry have in previous years been viewed as boring business phones that can’t appeal to a mass market. Sony Ericsson and Apple’s iphone cornered the youth markets, who upgrade their phones every year. Nokia have a strong dominance in the market place thanks to a widely held reputation for being easy to use yet packed with gadgets and style. But now, Blackberry is coming over all cool.

Blackberry, like Nokia, have a solid reputation for being straightforward get-to-the-point phones, but because of this they often lacked the ‘cool’ factor. But thanks largely to the Storm2, more people want a bit of Blackberry action. Storm2 retains Blackberry’s simplicity but also has a large touch screen, 3.2 megapixel camera with video and plenty of space for music, pictures, videos and files.

The Bold 9700 also appeals to a wider audience thanks to its super fast internet and numerous gadgets and extras. It also has a micro SD card so if you want extra memory space it is readily available. It will still excite business users but also those of us who want a phone that actually delivers what you need: fast connectivity and lots of memory space.

The Curve 8900 is super slim and super light, overcoming previous issues with Blackberry’s looking like a ‘brick’ when used for calling. It also comes with a high-spec including built in GPS, 3.2 megapixel camera and video and Qwerty keyboard.

Check out the Vodafone site for a great selection of Blackberry phones.