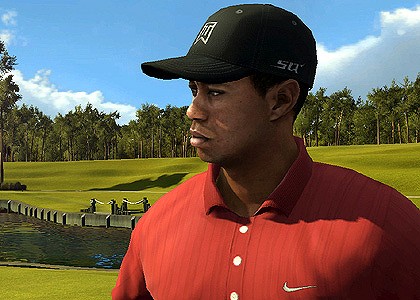 When Tiger Woods isn’t being all notorious and having affairs and stuff, he likes to put his name to a very popular line of golf video games. The next one will include support for the PlayStation 3’s new motion controller.

Amusingly, Tiger Woods PGA Tour 11 features a second golfer on the cover – Northern Irish new boy Rory McIlroy, who’s being touted by many as the future of the game – and only McIlroy has shown up in screenshots so far. Anyone would think EA didn’t want to big up their involvement with Woods…

Anyway, the game, which is due out on June 8 (we’re not sure if this is the European release date or only for the U.S.) will, as well as utilising the Wii’s MotionPlus, be fully optimised for the forthcoming PlayStation Motion Controller, despite the latter not being out until autumn.

Incidentally, if you’re interested, the game’s blog has a full list of the new features in this latest game. Realistic Shot Spread Within Aiming Circle! Variable Lie Percentages! And so on.