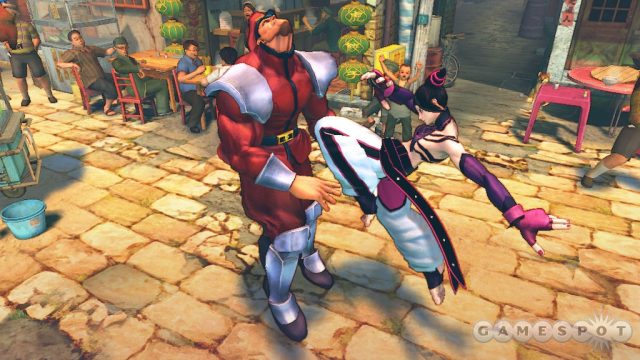 Remember back in the early-to-mid-‘90s when Capcom released an updated version of Street Fighter II approximately every fifteen seconds? They’re at it again, with the announcement of an all-new version of the world-conquering Street Fighter IV.

Super Street Fighter IV will offer a meaty eight new characters and extensive tweaks based on community feedback, with every character already in the game being altered slightly to address issues raised by both fans and the developers themselves. An improved online mode is also promised.

Three of the new characters have been revealed – old stalwarts Dee Jay the kickboxer and T. Hawk the martial-artist-cum-wrestler, and a new challenger by the name of Juri, seen here giving that ol’ M. Bison a well-deserved kneeing.

According to producer Yoshinori Ono, the changes are too extensive to make the update a piece of DLC, so a whole new retail disc it is. Apparently, to sweeten the deal it “won’t be sold at full price”, and those who own both the original Street Fighter IV and the Super version will get some sort of extra treat.

The PS3 and Xbox 360 versions of Super Street Fighter IV are on for Spring 2010. As of yet, nothing’s been mentioned about a PC edition.