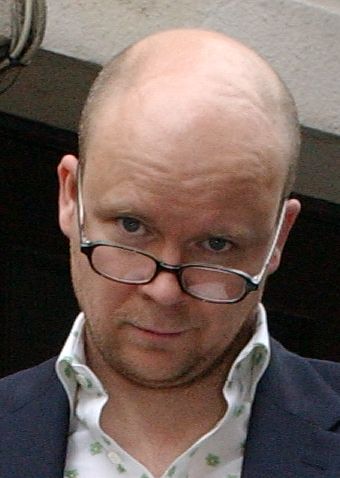 Absolute Gadget: How is the Sony Reader going to change the way people read books?
Toby Young: I’m not sure it’ll change the way people read books but it may change the way books are published. I think that authors should get on board with ebooks because in future established authors will be able to simply publish their work themselves. They can upload ebooks onto their websites and charge people to download them onto their electronic book readers. And instead of taking 10 to 15 per cent of the purchase price, which is the position authors are in at the moment, they’ll be able to take 100 per cent of the retail price and cut publishers and agents out of the equation completely. Their only costs will be paying someone to convert their book into something which is downloadable in ebook form, or perhaps to type it into their computers if they haven’t done so already. There might be a few marketing costs, but they’ll be negligible. And there are first time authors as well…

AG: Will it have a YouTube aspect where anybody can upload stuff?
Assuming ebooks catch on, I imagine it’ll have the same effect on the world of publishing that blogging has had on the world of journalism. Essentially you’re cutting out the filtering device whereby only established voices are able to speak and first time authors will simply be able to make their books available to anyone with an ebook reader without having to first get an agent and a publishing deal.

AG: And if it’s easy to get your stuff out there and it’s good, it should rise to the top?
Exactly.

AG: Does the device make it look like you’re turning the page?
The Reader is about the size of a mass market paperback book and after you switch it on there are two buttons on the right hand side for turning the pages – forwards and backwards.

AG: Are you into gadgets generally? And if so what’s your favourite?
Does a MacBook count as a gadget? Probably my MacBook. I check the Mac Update page on the Mac Buyer’s Guide website, which reports rumours as to when products are going to be updated. I take a look at it on an almost daily basis. In fact there are now some rumours circulating that the MacBook’s going to be refreshed in August or September. So I’m looking forward to that so I can get a new one.

AG: What kind of phone do you have?
I’ve got a BlackBerry. My service provider is T-Mobile. But they don’t have a relationship with Apple and I’m tempted to switch, particularly now that the iPhone has been upgraded. I’m sorely tempted, just for the iPhone.

AG: Have you gone high-definition yet?
I have a 37-inch Panasonic HD TV.

AG: Have you got a Blu-ray player to go with the TV yet?
There are two main reasons why I haven’t done that. The first is that I’ve got Apple TV and you can download films in HD. I imagine the quality is as good as Blu-ray. The second reason is I’m a member of Bafta and I get sent DVDs every year of all of the major releases and I don’t think Bafta is going to upgrade to Blu-ray for a little bit. But I do have a dual-format DVD player that can play PAL and NTSC DVDs. I used to live in America so I still have an American address and an American credit card and that means that I can sign onto iTunes as a US resident which means I can then access films as they’re released in the US and don’t have to wait for them to be released in the UK. So I can also watch American TV shows more or less as they’re broadcast.

AG: It takes so long for stuff to come out over here sometimes…
It’s wrong-headed because we become aware of these things within a global timeframe. It’s not as if a film is released in America and we’re not aware of it until it’s released here six months later. Most people that are film fans want to see films as soon as they come out in America. And the same with their favourite TV shows.

AG: That’s true. There was a year gap between Heroes being on TV in the States and being on over here…
I think technology is going to force entertainment companies to release things simultaneously around the world. It’s certainly happening in the movie business.

Toby Young is the ambassador for the Reader from Sony, an electronic book that can store up to 160 books and is available now to pre order at www.waterstones.co.uk.