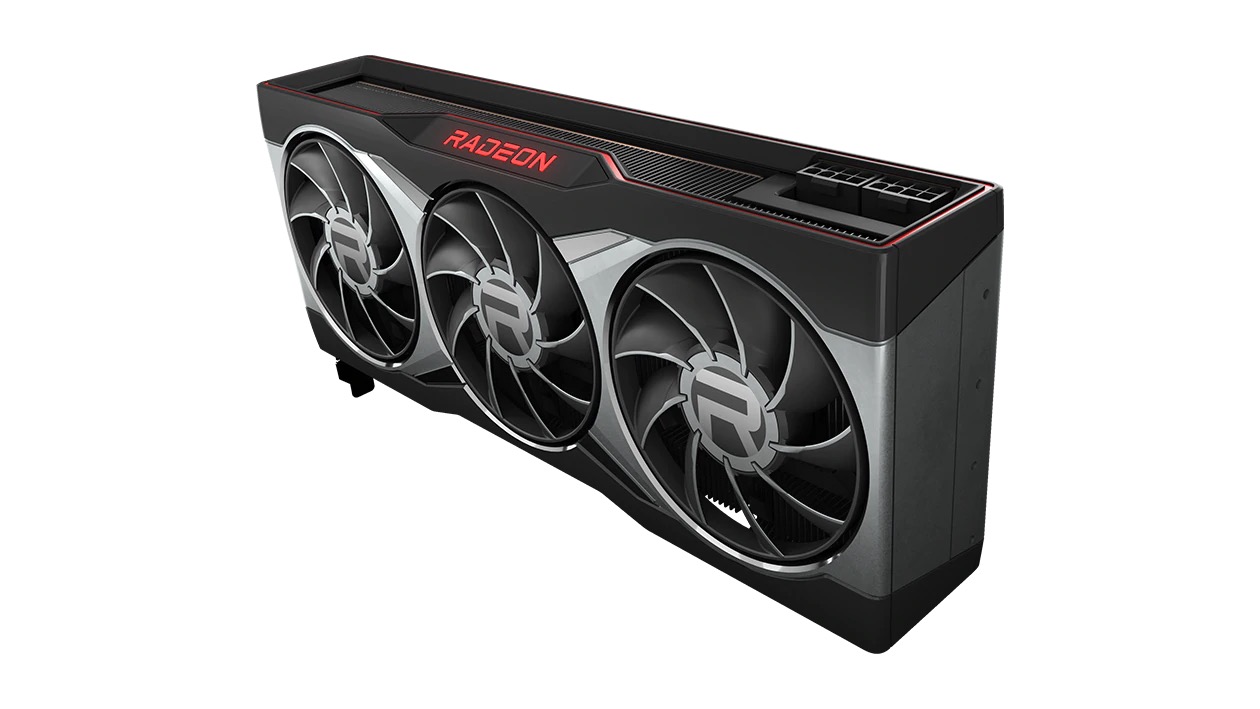 In 2019 AMD introduced new video cards that finally started using a new architecture. After years of using the GCN architecture, they switched to the new RDNA architecture. The difference with the NVIDIA cards became a lot smaller, even though there was a considerable gap in the years that AMD used the same chips. At the end of 2020, AMD came up with the improved version of the RDNA with the surprising name: RDNA2. The name of the series was just as surprising: the AMD 6000 series.

AMD had three different cards at their disposal when RDNA2 was introduced. There were the RX 6800, RX 6800 XT and the RX 6900 XT. The latter card is AMD’s flagship and, according to AMD itself, has to compete with NVIDIA’s RTX 3090. That is also the best measuring point for AMD because comparing a 6900 XT with a card from the previous generation is not wise. The highest placed card back then was the RX 5700 XT and it is of a different category.

Of course, several manufacturers are eager to bring cards to market. However, AMD also has the cards that they sell. These are only for sale on their webshop but they are normally sold out.

Before we look at the video card, let’s take a quick look at the GPU itself. This GPU is the second-generation chip based on the RDNA architecture. After years of using refreshes on the GCN platform, AMD put the 5000 series RDNA on the table. RDNA stands for nothing more than Radeon DNA. With the 5000 series we already saw significant improvements when compared to GCN and AMD’s cards made a big leap in performance.

With RDNA2, the gap with competitor NVIDIA should be a lot smaller again. But of course, you also want the power consumption to be limited. All: the less power is consumed, the cooler the video card remains. One of the ways to achieve this is to use the Infinity Cache, which is also used on AMD motherboards. This cache makes it possible to achieve much higher speeds with a smaller memory bus. Because the Infinity Cache acts as an amplifier, the bandwidth eventually becomes no less than 3.25x more efficient than the standard bus speed of the memory. This is even faster than standard GDDR6X memory which is more expensive to implement. Although placing the 128MB cache is also quite expensive: it does cost extra space on a card.

Even though the RDNA2 cards use the same chip sizes and processes as the 5000 series cards, they have managed to make these cards a bit more economical. This is because optimizations have been made of the first series of chips. You could say that these chips are the evolution of the previous series. This allows clock speeds to increase and consumption to decrease. AMD claims that the 6000-series cards can deliver up to 65% more performance per watt compared to the previous generation. This should of course be taken with a grain of salt, but the fact that they can make such an improvement is impressive, to say the least. What remains of this in practice is of course the question.

What has AMD accomplished with the card? This card (and the other cards in the series, as will be shown later) ensures that the gap between AMD and NVIDIA is closed. It’s taken the red camp a few years, but they’re back where they belong. And if there is more competition, it should mean that prices would also go down. Unfortunately, the chip shortages put a spanner in the works and prices remain quite high. The advantage of this card is that the card is only available through AMD for the standard retail price.

I honestly like the look of the card. It is quite sleek with a mix of metal and black. The logo in the middle does not disturb at all and does complete the card. The colour of the logo can be adjusted with a small piece of software that can be downloaded from the AMD page. You can also download the software and drivers there. This is all in one package. If you only want the drivers, that is possible. If you want more, it is a matter of selecting the right option during the installation and you have more available. The software is neatly put together and does not disturb. You can also overclock with this software so that you no longer need an extra program.

Speaking of overclocking: The card can run much higher than it does by default. Where the card can normally boost at 2250 MHz, we know how to boost the speed to 2600 MHz. In addition, the memory can be screwed up to 2150 MHz. Perhaps the latter can be even higher, but unfortunately, this is locked in the software. If you look at the performance gain, we get gains between 3 and 7%. The map is pretty quiet. Consumption is rising nicely. In Doom Eternal we go from 431 to 476 Watts, still a 10% more. Whether it’s worth it is a choice. Overclocking ensures that you have no warranty if the card breaks.