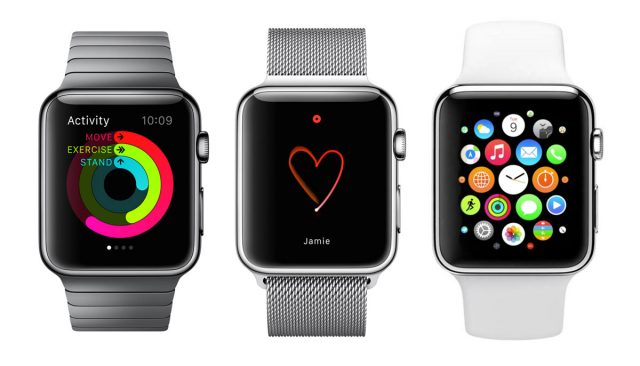 Whatever your opinion on smartwatches maybe, they look set to be the most given present this Christmas. But what should you put on your wrist or that of a loved one?

Best smartwatches to buy in 2015: Do I need a smartwatch?

Why should anyone buy a smartwatch? They won’t replace your iPhone or Android smartphone anytime soon! Making calls on one won’t necessarily be done from a smartwatch itself. More likely, the smartwatch will be used in conjunction with a smartphone and a headset or earphones with a mic.

The smartwatch is great for glancing at information, such as travel directions on foot (so you don’t have to pull your phone out all the time). It can also be used as a remote control for your music as most smartwatches offer that functionality.

Lastly, notifications on a smartwatch are much more handier than on a smartphone, you simply look at your watch and tells instantly what is notifying you then you can decide to reply back via your smartwatch or take your smartphone out to carry out a more complex task.

Best smartwatches to buy in 2015: What to look for in a smartwatch

The best smartwatches should no only look good but be useful too. The current trend for round watch faces that mimic the traditional watch is quite fashionable but means that you lose space for text, meaning you have to swipe up to see the rest of the message.

Square watch faces overcome this problem, but for some reason, not many people like the look of them, despite their obvious advantages.

Screen size is important too. The bigger the better if your eyesight isn’t attuned to incredibly small text. But too big and the watch may become too heavy on the wrist.

Battery life is important too. The common wristwatch can last months on a single battery or in the case of some watches, they are powered by the user’s wrist movements. Smartwatches tend to have battery lives measured in days if not hours. Again, the bigger the watch the more battery power you will have but there will ultimately come a trade-off between weight and battery life.

Software is important. Currently, the market is dominated by Apple’s WatchOS and Google’s Android Wear. Both are good, but best suit pairing with a smartphone in the same ecosystem.

Apple Watch will only work with an iPhone whereas an Android Wear device will pair with both an Android device and an iPhone, but here, pairing with the iPhone limits functionality of the watch.

The Huawei Watch runs Android Wear and is a good accompaniment for its range of smartphones, such as the Huawei P8 or Honor range of devices.

It is also one of the first watches powered by Android Wear to work with Android & iPhone. The Huawei Watch features a fully circular AMOLED display, 1.4-inches in diameter and a resolution of 400×400 pixels (pixel density of 286ppi).

The device manages to last almost two days on a single charge but requires a special magnetic device in order to recharge.

Apple may be slightly late to the smartwatch party but has certainly delivered to Apple fanboys with its take on the smart watch. It comes in two sizes; 38mm or 42mm from the top of the face to the bottom.

It has a digital crown to allow users to scroll, zoom and navigate around the display. It also features a Force Touch sensor, which can tell the difference between a tap and a press.

Another square faced smartwatch, but this runs Android Wear. It has a 1.6-inch display with a resolution of 320×320 as well as a 1.2GHz quad-core processor and 512MB of RAM. It also0 comes with a built-in GPS.

It is also IP68 certified water and dust proof (although we wouldn’t recommend swimming with it on). Charging is through its Micro-USB port rather than wireless (as with the Apple Watch). It also has 4GB of internal memory to store songs on if you wish.

The 420mAh battery should provide up to two days continuous use.

A round watch sporting Tizen, the Samsung Gear S2 has a rotating bezel instead of Apple’s digital crown. There are also two buttons on the right-hand edge of the round watch body.

The display is a 1.2-inch Super AMOLED screen with a resolution of 360×360. It sports an Exynos 3250 dual-core SoC, with each core clocked at 1GHz. The RAM is at 512MB and the internal storage stands at 4GB.

The Samsung Gear S2 has a 250mAh battery which Samsung claims that it can last up to several days.

As it has Tizen for an OS, don’t expect too much in the way of apps, but if the stock apps suit you, this need not be a problem