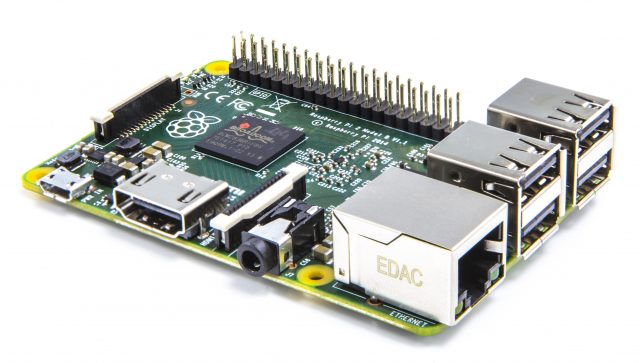 Raspberry Pi has launched a new version of the credit-card sized computer with more memory and a processor six times faster than the original.

An operating system update will enable previous Raspberry Pi projects to take advantage of the speed boost. As the size stays the same, cases and third-party add-ons should also remain broadly compatible.

The upgraded board can now connect to four USB devices, such as sensors, connectors and expansion boards.

The Raspberry Pi can run the full range of ARM GNU/Linux distributions, including Snappy Ubuntu Core, as well as Microsoft Windows 10. Windows 10, which will be a specialised version of OS, will be available.

In a blog post, Eben Upton, CEO of Raspberry Pi Trading, said that the need for an upgrade was pressing, “when there’s no substitute for more memory and CPU performance.”

“Our challenge was to figure out how to get this without throwing away our investment in the platform or spoiling all those projects and tutorials which rely on the precise details of the Raspberry Pi hardware,” he said.

“Fortunately for us, Broadcom were willing to step up with a new SoC, BCM2836. This retains all the features of BCM2835, but replaces the single 700MHz ARM11 with a 900MHz quad-core ARM Cortex-A7 complex: everything else remains the same, so there is no painful transition or reduction in stability.”

element14 has unveiled a number of peripherals for the new computer to extend its usefulness in areas such as the Internet of Things, motor control, scope applications, audio and FPGA.

Claire Doyle, Global Head of Raspberry Pi at element14, said: “The Raspberry Pi has been a revolutionary board for engineers and electronics enthusiasts, and element14 has been instrumental in the evolution of the product, having shipped 2.8 million units globally. The Raspberry Pi 2 delivers exceptional speed and power at a low cost, opening up new opportunities for innovation.