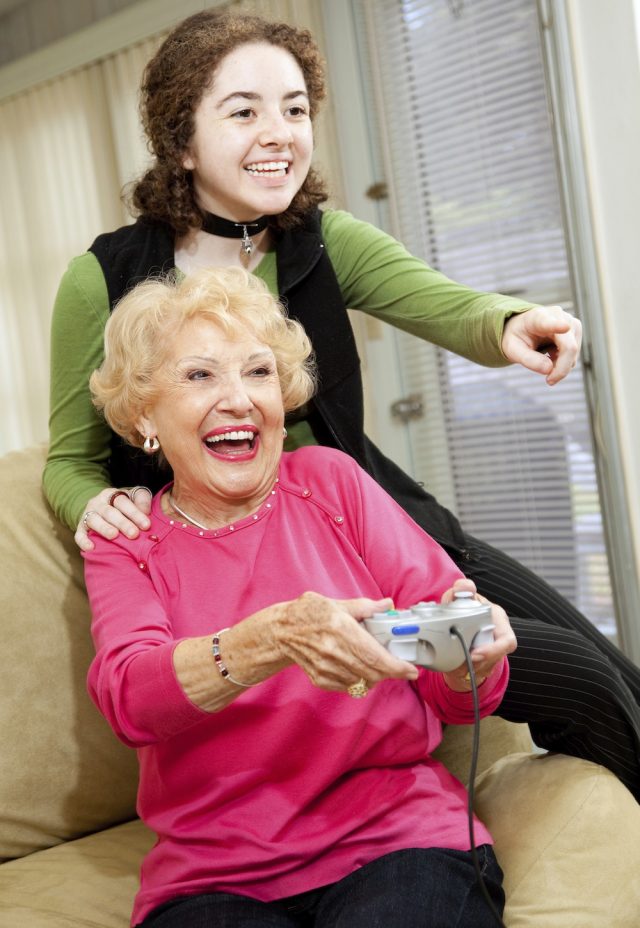 New research released +today dispels the myth that only ‘geeky’ teenage boys play computer games, with 47 per cent of women proud to call themselves gamers.

Most notably, there has been a sharp increase in female gamers in the over 65 age category with a third (33 per cent) of respondents above the retirement age having taken up gaming in the last 12 months. This compares to nine per cent of women aged 18-24 which saw the lowest rise.

The survey of over 1,000 women by independent shopping price comparison site, PriceSpy.co.uk was conducted to see how popular gaming is amongst the fairer sex and just how addicted they are to their game consoles.

The study reveals that there has been a 15 per cent rise in women playing computer games in the last 12 months, with 42 per cent admitting they have been gaming for more than 10 years.

A surprising 18 per cent of female respondents are glued to their games console every day, whilst 19 per cent claim they spend four hours or more gaming per day.

Cardiff is home to the UK’s biggest ‘girl’ gamers with over half (53 per cent) admitting they been playing computer games for over 10 years, closely followed by Manchester and Nottingham which came in joint-second with 51 per cent. The following ‘Top 10’ reveals how women in other major cities fared:

Women in Edinburgh are the most addicted to their gaming console with 23 per cent playing every day, closely followed by Bristol (21 per cent) and Southampton (20 per cent).

Most people would assume that a leading female character like Lara Croft is the nation’s all-time female gaming icon amongst women, but it’s actually Super Mario that that tops the list according to one in four female respondents. Sonic the Hedgehog (22 per cent) was voted second, with Ms Croft in a lowly third place with 13 per cent.

Erik Lorentz, spokesperson for PriceSpy.co.uk, said: “It’s extremely clear from our research that gaming is booming in popularity amongst women. What surprised us the most is the amount of time women are spending gaming and the frequency with which they play – no doubt putting many a teenage boy to shame!

“We suspect that the increase has likely been fuelled by the increase in smartphone usage as well as a higher number of accessible titles for consoles like the Nintendo Wii and 3DS.”

Puzzle (74 per cent) games are the most popular type played by women, followed by sport (31 per cent) and simulation in third with 30 per cent of the vote.