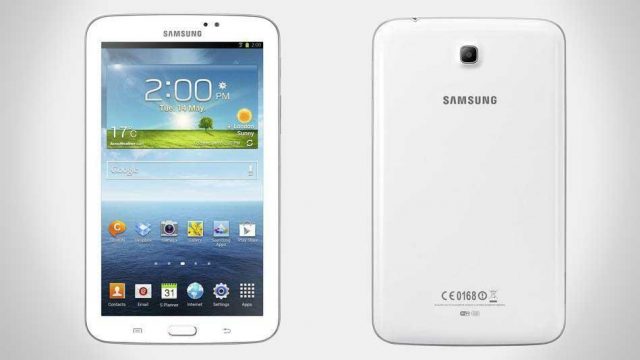 Samsung may be readying itself to launch a massive tablet later this year, according to reports.

The iPad killer tablet may also feature Samsung’s Octa-core processor, according to the blog. While it is unclear which version of Android the device will run, it is assumed that it will either be Jelly Bean or Key Lime Pie.

The rumours come off the back of other evidence pointing to the launch of four new tablets from Samsung also debuting later in the year.

Other tablets said to be ready to be release are a 7-inch Galaxy Tab Duos with dual-SIM card support as well as a Galaxy Tab 8.

The launch of the tablet may well coincide with the expected launch of the iPad 5, which is rumoured to be getting a design overhaul with a smaller profile than the previous version, on par with the iPad Mini. It will also be lighter and sport a thinner bezel.

Availability and pricing are not known but we expect a release date to be between October and November this year.

In other news, Samsung has released its Galaxy Tab 3. The device runs on the Jelly Bean 4.1 version and is powered by a 1 GHz dual-core processor and comes with 1GB memory. The tablet comes in two variations: 8GB and 16GB internal storage. Memory can be expanded up to 64GB using MicroSD card slot.

The Galaxy Tab 3 7-inch Wi-Fi version will be available worldwide at the beginning of May and 3G versions will follow in June.