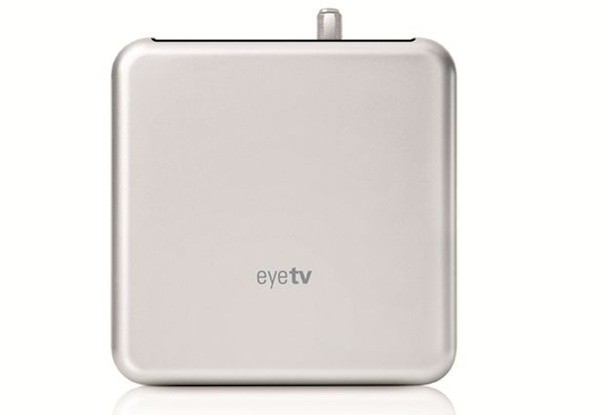 Having the ability to stream satellite television to any room where a laptop can connect to a home network seems too good to be true, but Elgato with its new Netstream Sat device has made this a reality.

The device is a satelite tuner that can plug into your broadband router and allow laptops, desktops and even iPhones and iPads to act as portable televisions.

Setting up is really easy. The satelite cable connects to the device and an Ethernet cable can be plugged in to a normal broadband router (cable or ADSL). It is just a matter then of switching it on and installing the software on your Mac (or Windows). System requirements are Mac OS X 10.5.8 or later, Intel based Mac. On PCs, EyeTV Netstream Sat requires Windows 7 and a 2.0 GHz Intel/AMD CPU or better.

Once the initial set up is done, then satellite TV can be streamed to any device on the network. It can even stream to an iPad or iPhone 4, although the apps for these will set you back £2.99, which the added cost may put some people off.

When streaming wirelessly, Elgato recommends that 802.11n routers and card be used to ensure a smooth playback of material.

Even though it has only one tuner, the Netstream Sat device can hook up with Elgato’s EyeTV Sat Free for twin tuner goodness.

The playback with the right bandwidth and connectivity is very smooth and we were very pleased with the picture whether on a Mac or a PC. We have also witnessed a great picture on an iPad too.

While we were impressed by the fact that the device can stream TV channels thoughout a home network, we believe that this product could really gain from having a dual tuner within the device instead of having to have another device hanging off the USB connection. Also, we would have loved to have seen an HDMI connection so that you could watch programmes on it directly to a living room television.

Ideally, this sort of technology should be part of a media streamer that could connect to a home NAS box, which could also be used to record programmes received by the tuner.

Overall, what it does, it does extremely well. However, it left us thinking that we could have so much more in one box (and we’d gladly pay for this as well).

The Netstream Sat is available from Amazon for around £165.