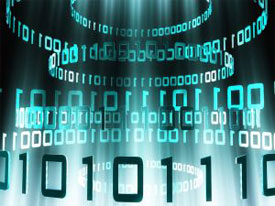 To get on the net, you need an IP address, right? Well, there aren’t many left. Current estimates suggest that we’ll have run out by September 9 next year.

The internet is built around version four of the Internet Protocol addressing scheme (IPv4). Set up in the 1970s, it has space for roughly four billion addresses. It’s estimated there are about 300 million left to allocate, with September 9 2011 being the cut-off point, and they’re going fast.

Last year, the Internet Assigned Numbers Authority, (IANA), which is in charge of organising net space, released eight of the big chunks of remaining addresses. In the first 100 days of this year, it’s already given up six.

“This whole business of forecasting depletion involves a little bit of reading the tea leaves,” commented Axel Pawlik, managing director of Ripe NCC, which is in charge of allocating Europe’s IP addresses.

“Ten years ago we said it would happen far in the future,” he added. “Now we are all running around with iPhones, we’re in that future.”

But don’t think that this means the end of the internet – IPv4’s replacement, IPv6, is already in use and has space for trillions of addresses. However, countries are being slow to take it up.

Tracking statistics on IPv6 indicate that less than 1% of the net’s top 1 million websites use it. Another statistic says that just 6% of the networks that form the net use it. (China’s one of the biggest early adopters, to no-one’s surprise.)

IPv4 and IPv6 can run together, but it causes lag as the network address has to be translated. As such, big businesses are being encouraged to get IPv6 up and running now before IPv4 runs out.