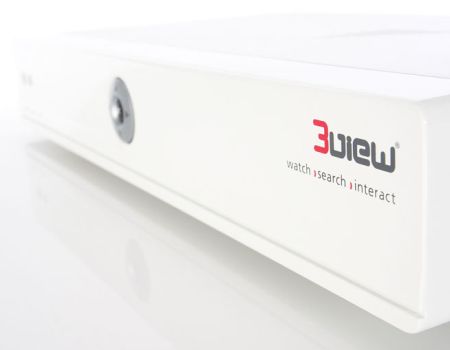 3view has announced that its “next generation” set-top box will soon be available for pre-order in the UK. The device packs together free high-definition terrestrial TV, Sky Player, YouTube, Twitter, Facebook and home streaming.

The UK will be the first country to take pre-orders on 7 April, with the price set at £299.

“3view is also one of the very few boxes to use the new DVB-T2 terrestrial receivers, which let people receive both high and standard definition free-to-air channels using a standard domestic digital aerial,” a 3View statement said.

“This has previously only been available to people on cable or satellite.”

The internet content and online TV services provided by 3view can be searched and they are all accessed using a familiar interactive on-screen programme guide.

The box comes pre-loaded with Facebook and Twitter widgets, so users can access those social networks whilst watching television. The system uses the open Opera Standard to create widgets and 3View said more applications will become available “over time”.

The box offers 0.5TB of storage, enough space for “hundreds of hours of TV” and works with all common media file formats to allow pictures, music and video to be accessed over a home network using DLNA.

Devices such as cameras and laptops can also be connected directly to one of two USB ports and files can be played using the 3view remote control.