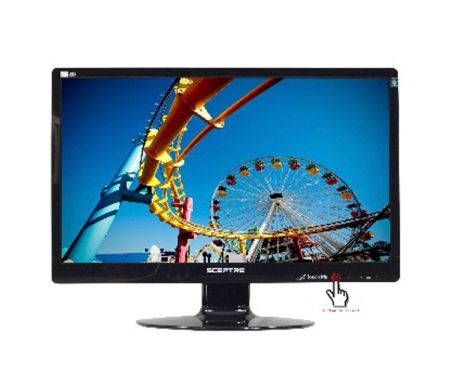 Sceptre has released a 24-inch LED PC monitor featuring its Sensitive Touch Control technology. “These new smooth sensory controls are flush with the monitor’s frame, which not only adds to the flawless visual appeal but also to its technologically advanced functionality,” said Cathy Chou, vice president of operations at Sceptre.

Chou said the controls allow users to quickly adjust a number of settings, including contrast/brightness and colour, “among others, without the complication, unpredictability and unattractive aesthetics of traditional protruding buttons.”

The 24-inch LED monitors are available in black at a number of American retailers with a recommended retail price of $269.99 (around £180).