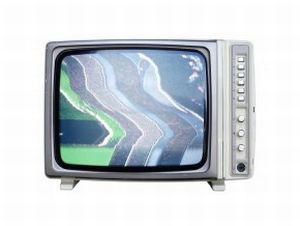 High-definition telly gives you up to five times more detail than standard definition. But that’s not what the BBC’s HD service offers if hundreds of viewer complaints are to be believed, with comments calling it “fuzzy” and “grainy”.

The problem seems to have been caused by new encoders installed by the Beeb, which have dropped the television signal’s bitrate from 16Mbps to 9.7Mbps.

In comparison, Sky’s HD service broadcasts at a rate between 12Mbps and 15Mbps.

“We did extensive testing on the new encoders, which showed that they could produce pictures at the same or even better quality than the old encoders at the higher bitrate,” a BBC spokesman told The Telegraph.

“We have actively debated the issue of BBC HD picture quality via our blog with those viewers who feel the bitrate change has affected picture quality and only this week the head of technology for the channel posted a blog per day addressing the issues raised.”

The BBC launched its HD channel in December 2007 and the service currently airs between 4pm and 1am, often simultaneously showing BBC programmes in better quality than the regular channels.