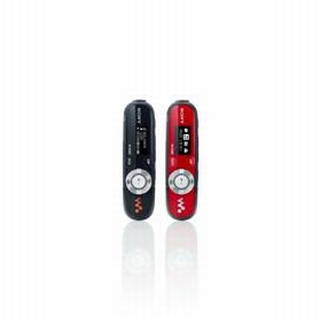 Tapes still rule in Terry, our little Nissan Micra. But we don’t miss their clumsy ways when it comes to walking with our music. Thankfully, neither does Sony, as a few new additions to its ever-growing Walkman range prove once again…

Sony says the two new entry-level Walkman music players are packed with innovation, giving them great looks and a lot of listening time.

First up are the Walkman E Series Video MP3 players, which come in a choice of black or red and feature a QVGA 2-inch colour LCD screen.

The players include clear stereo to reduce leakage between left and right channels and clear bass technologies for powerful, controlled low-end frequencies without distortion.

A range of major music and video formats are supported including rights-managed WMA and WMV. And in a Walkman first, there’s now support for video file format conversion via the supplied Content Transfer software.

All that’s backed up by a battery life of up to 30 hours audio playback and six hours video watching.

Meanwhile, the Walkman B Series of MP3 players are “small and ultra-light”, with easy drag-and-drop file transfer, a bass button for “powerful low frequency enhancement” and an FM tuner with recording facility.

“Despite its tiny size, the Walkman B Series lets you enjoy a generous 18 hours music playback time,” a Sony suit says.

“And if you’re in a hurry, a three-minute charge is all’s that needed to power up for 90 minutes of listening.”

Both the Walkman E Series and B Series players will be available from the end of July 2009.