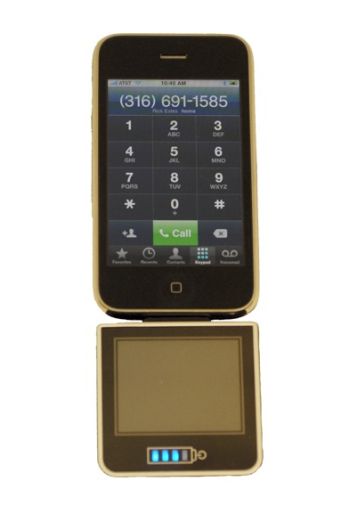 Apple’s locked-in internal batteries mean you can’t swap them out for a new one once they’re flat. But you could whack in the Apple Juicz External Battery from QuickerTek, giving you up to three times the battery life.

Once the battery has done its job, it can be recharged in three hours using the USB cable that comes with Apple’s devices.

“This new battery extends the mobile experience of Apple portables from the G3 iPhone to the iPod,” said Rick Estes of QuickerTek. “Our testers loved the extra hours.”

From a gadget girl point of view, it might help with the battery life, but it’s not an attractive addition to Apple’s stylised products. One to hide in the handbag!