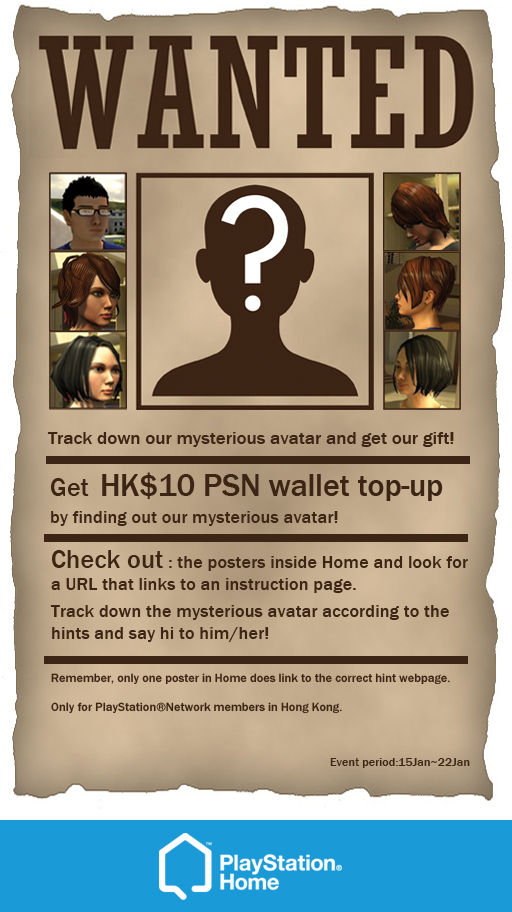 Maybe a sign that all is not going well for Sony and its Home social
networking service, the company is offering users of the service HK$10
to users in Hong Kong and Singapore if they go up to a "mysterious
stranger".

According to Sony Computer Entertainment Asia, "From 15th Jan to 22nd
Jan, check out the posters inside PlayStation Home and look for an URL
that links to an instruction page, then track down the mysterious
avatar according to the given hints and say ‘Hello’ to him/her, you can
win PSN top-up value of HK$10. Only for PlayStation Network members in Hong Kong and Singapore!"

HK$10 equates to 88 pence, so it’s not as if they are giving away much
really, just sems a little bit odd and possibly sad as well.

Rumour: Sony may have PS3 price cut in pipeline after all