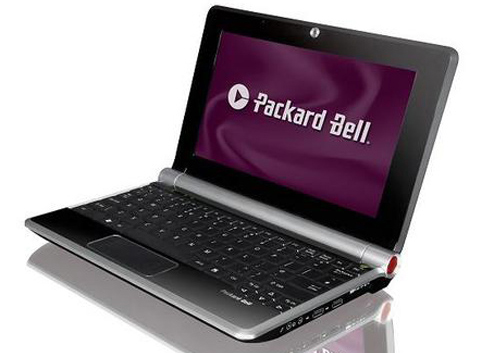 Two more manufacturers are pouring into the netbook space this week,
Epson and Packard Bell are the latest to play tiny laptop sardines.

Epson, a surprising entrant into the arena given that they are a printer company, has unveiled its new Endeavour Na01.

The mini-notebook is only available in Japan at present comes with an
1.6GHz Intel Atom N270 processor, 1GB memory, a 10.2-inch LCD display,
a 160GB hard drive and Windows XP.

It also has USB, Wi-Fi and Ethernet, VGA and multi card reader. It will
cost £333, which is a lot more than the likes of Asus and it’s eee PC.

Meanwhile, Pachard Bell is launching an betbook in the UK by the name
of dot netbook (great name guys, how long did that take to come up
with?)

For £299 (much more reasonable than the Espon) you get an Intel Atom
processor, an 8.9-inch screen, 1GB of memory, 160GB hard drive, a
webcam, Wi-Fi, an SD card reader and an HSDPA adaptor to shove a 3G sim
in. As Packard Bell is owned by Acer, it doesn’t take a rocket
scientist to realise that the dot netbook looks a tad like an Acer
Aspire One netbook.