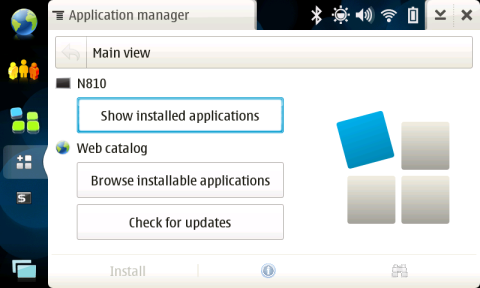 For years now we at Absolute Gadget have been waiting for a decent web
browser to appear on our mobile phones and the news is good partially.
The new Fennec browser from Mozilla will appear on Windows Mobile
phones. For other mobile platforms you could be waiting for a very long
time (and some of those could be like waiting for Godot).

While Mozilla’s brand new browser will see the light of day on Windows
Mobile-based phones (where unsurprisingly it is most needed) and the
Linux-based Nokia Internet Tablet, versions for Symbian-based phones
(such as the the Nokia N96) wait take a little longer.

According to Mozilla’s director of mobile engineering Christian
Sejerse, the Symbian version is going to be the next version out after
the Windows Mobile version hits the ground.

As for a version appearing on Google’s Android-based phones, Sejerse
told Irish tech news website Silicon Republic that the company "is
doing nothing right now or in the near future".

And Firefox on iPhone, forget it. The terms and conditions of putting
apps on that phone prevent it. Developers can’t create applications
that replicates the functionality of pre-existing Apple apps. Also,
Apple also does not allow apps that run any background code.