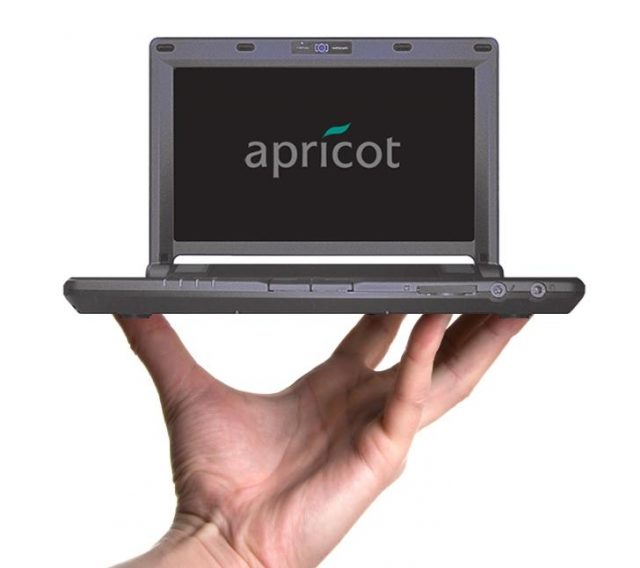 A lot of things from the nineties are making a come back. Spice Girls,
Take That, even New Kids on the Block (although the oldest is pushing
40 – hanging tough! hanging on for dear life more like!) Aside from
that, another thing that disappeared in the nineties only to make a
comeback is Apricot Computers and guess what? It’s launched a netbook.

As everyone know, there just aren’t enough tiny laptops on sale in the
market at the moment, so the Lazarus-like computer company has decided
to launch its new PicoBook Pro. For anyone that follows the netbook
market, it ticks all the right specification boxes. It comes with a a 1024 x 600 8.9-inch screen, a 1.2GHz VIA C-7 processor (surprisingly no Intel Atom processor), 1GB RAM and 60GB hard drive.

It promises to have a generous-sized keyboard, which should suit many
journalists who complain about netbook’s tiny keyboards and the amount
of stories they have to write on them. Also, it claims a four-hour
battery life – w00t!

There is also support for 802.11a/b/g wi-fi (a must), Bluetooth and
optional wimax. The main surprise, and something that should set itself
apart from the others in this increasingly crowded market is space for
a PC Express card, so at least you have further expansion options
outside of hanging stuff off the USB ports (of which it has two). It
also claims to boot up in 30 seconds flat, which should please Mrs.
Gadget and be environmentally-friendly.

It also has an in-built webcam and a 4-in-1 card reader. The machine
will come in two versions, one sporting the traditional Windows XP Home
(the OS that refuses to die!) and also one with user-friendly Suse
Linux. While the Linux one cost £279, the XP version costs extra.

Apricot used to be a very well-known brand that was bought by
Mitsubishi in the 1990s. When faced with massive competition from the
likes of Compaq (now HP) and IBM, the parent company decided to call it
a day in 1999.