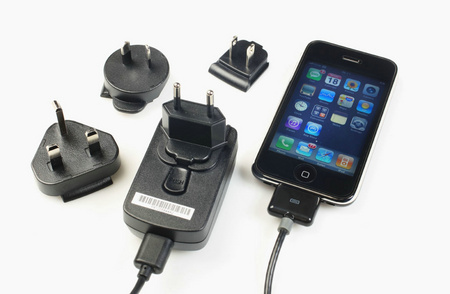 Kensington – the mobile accessories company not the London borough – has launched a new device to help iPod and iPhone users power their devices while travelling, at home and around the world.

The International Travel Charger for iPod and iPhone has the catchy model number SKU 33435EU.

Forget the moniker though, this is a portable, global charger that means iPods and iPhones can be charged from a wall socket, wherever the user is visiting.

It has wall plugs for use in the US, UK, EU and Australia – making it compatible in over 150 countries.

The charger is compatible with any iPod with a dock connector, as well as all iPhones. It even has a detachable cable that allows it to charge the devices from a laptop computer.

The product has received Apple’s “Works with iPhone” endorsement.

George Foot, director at Kensington Europe, said there was nothing more frustrating than running out of ‘juice’ on a trip.

“Now that people are becoming as dependent on their iPhone as on their laptop, it’s vital that the device is fully charged and available for use, wherever you are," he added.