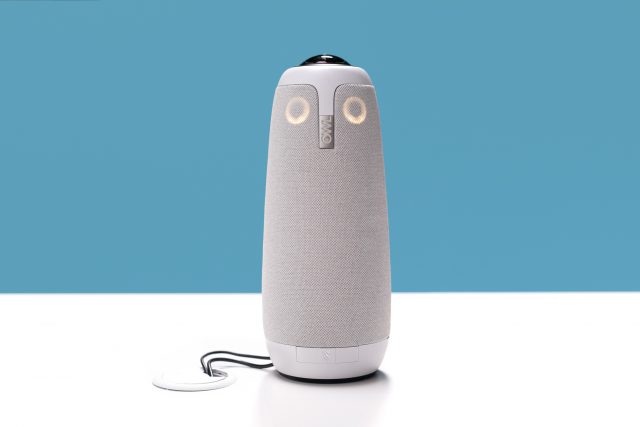 Smart meeting rooms are becoming increasingly popular as a means of staying connected with colleagues and clients without the expense of travelling to see them.

Owl Labs, maker of the Meeting Owl, has launched its latest product, the Meeting Owl Pro. It is designed to give improved video conferencing experience for remote workers chatting with a meeting room full of colleagues or clients. It achieves this by giving participants a panoramic view of the meeting room and finding and concentrating on different speakers as they talk.

Set up is easy – simply plug-and-play the power into a USB and you have video and audio all in the one inventive and original looking device. It is compatible with most major video conferencing web-based apps and means that no matter where everyone is sat in the room, even if they’re not directly in front of the laptop screen, they can be both seen and heard.

It works straight out of the box. Furthermore, you won’t need to call someone from IT to make it work. Anyone with a laptop can get it working in a couple of minutes

The Meeting Owl’s single 360° lens delivers a full view of the room without any moving parts or image stitching. The 8-microphone array enables everyone within a four-metre diameter to be heard. Beamforming technology focuses the microphones on the person speaking, and noise and echo cancellation ensure you hear the important things.

Smarter still, if two or three people around the table are engaged in rapid dialogue, it creates a split-screen image. It works best for groups between two and eight – though ten would work at a pinch. Attending such a meeting remotely (via Zoom, Bluejeans, etc.) is about as good as attending in person.

The camera is surprisingly clear, with full 360 and minimal distortion. It does a reasonable job of recognizing participants around it but can get fooled occasionally. Audio is better than a speakerphone (both mic and output) or tv, and the views rock – in many ways because the camera is simultaneously closer to everyone and the distance to participants is more evened out. So, you can both see everyone and make out everyone’s face.

This product is available on Amazon.