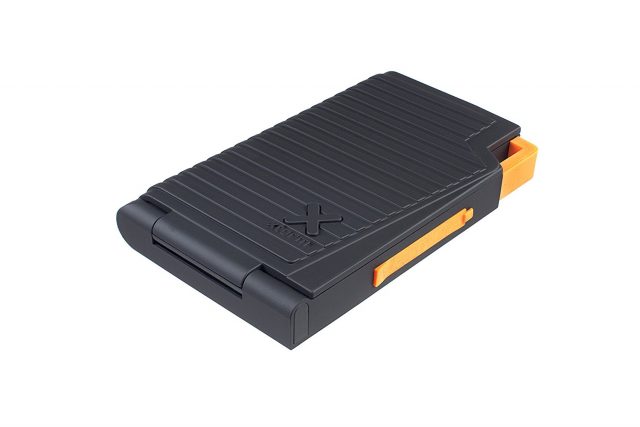 When you need to charge up your iPhone, Android smartphone or tablet, you would normally plug it into an electricity source. But what happens when you are camping or hiking?

The Charger is protected against splashing of water. On top of that it is possible to charge two devices at the same time as it has two USB ports.

The device also includes an APM chip which automatically decides the correct charging speed and efficiently divides the power between attached devices and several electronic and electrical protections against overload, overcharging and overheating.

This robust Charger can be recharged in two ways; via USB and the built-in solar panel. Via the Micro USB port with a 5V-1.5A input the battery is charged in no time. In tests, it took around nine hours to fully recharge the 10.000mAh internal lithium-polymer battery of the EVOKE. This was under direct sunlight on a cloudless day. It will probably take longer when cloudy or in less sunny areas.

Overall, I good charger to have when you are out in the countryside away from civilisation. Prices from around €99 from Xtorm.eu and Amazon.