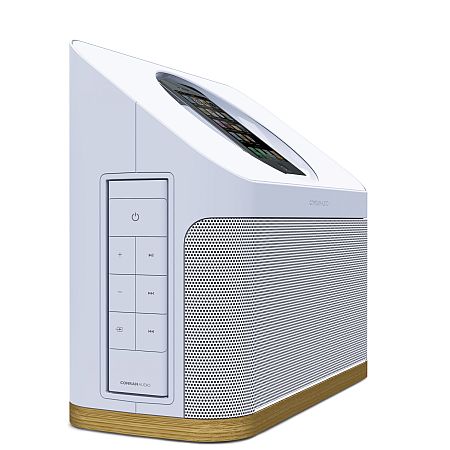 We recently got to play with the brand new dock from Conran Audio, which is on sale now. So, apart from some rather fine styling from Sir Terence Conran’s design studio, what is it that sets this apart from other high-end docks to justify that £249 price tag?

For one thing, this dock may be the future of streamed music – as far as Apple is concerned. iPhones, iPads and iPod Touches currently stream audio to a wireless speaker using SBC technology. However, there’s a new system called APX to tickle your audio fancy and it’s a blast.

In fact, it’s so good that Apple recently included the technology in its latest MacBook. That suggests it’ll roll out soon enough to the iPod and maybe even the iPhone/iPad, a rumour that’s boosted by Apple’s purchase of a wireless headphone company.

If Apple does embrace APX technology wholeheartedly – and that could be one of the company’s big upcoming announcements in 2011 – then this is the dock that will show you how much better it is than SBC. Streaming using SBC is OK, up to a point, but it can sound incredibly tinny. Switching to APX on the MacBook immediately improved the quality by around 50-70 per cent and it no longer sounded like it was being played in an abandoned warehouse.

Pop a player into the dock and there are no such streaming-related problems as this unit sings. And with a rotating dock that lets you clip your music player into the unit in either vertical or horizontal mode, plus a remote control unit that fits snugly into the side, this is a dock that sounds as good as it looks.