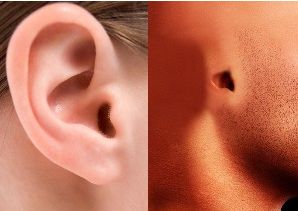 Hearing loss is on the rise, especially in teens, according to a new study published in the Journal of the American Medical Association. And according to one manufacturer, the issue is the design of most earbuds and over-the-ear headphones.

“If the ear was intended to have sound piped directly down the ear canal, it would have been designed to look like the image to the right in our comparison,” said a spokesman for Ultrasone. “It wasn’t created like this, so unfortunately most headphones are built with a fundamental design flaw.”

The spokesman said the problem is that most conventional headphones don’t let your ear process sound naturally, via your pinna or outer ear, sending it to your ear canal and only then to your ear drum.

Ultrasone claims its products using S-Logic technology don’t have this problem as they direct sound to the pinna, reducing pressure on the eardrum up to 40 per cent or three to four decibels.

“Processing sound with the pinna is also the way the ear and brain determine distance and direction, so listening to music with Ultrasone headphones creates a natural three-dimensional sound without damaging the inner ear,” the spokesman added.