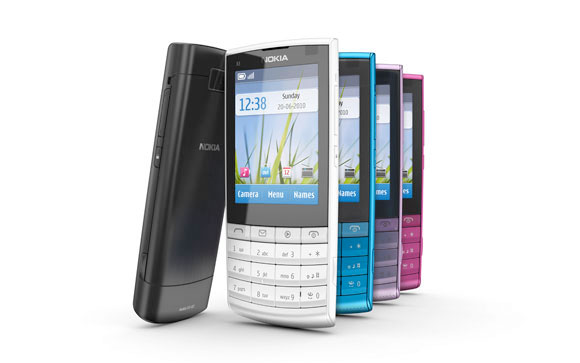 Nokia has a new phone out and this time it is the Touch and Type X3.

According to the Finnish phone giant, the X3 comes with a “unique combination of a touch screen and traditional 12 button phone keypad.”

While tochscreen/physical keypad combo phones are nothing new, Nokia believes its new approach to this type of handset will ring with punters.

“We continue to push innovation at all price points. The Nokia X3 brings new consumer value with a device that combines a touch screen and a keypad at an affordable price, offering consumers the best of both Worlds.” said Mark Loughran, Managing Director, Nokia UK.

The phone is due to hit UK shores before October and will sport 3G, WLAN, a music player and an FM radio. Is also has the obligatory social networking features and a 5-megapixel camera with 4X digital zoom that can take both still and video images.

The touchscreen will allow users to get online and download hundreds of apps from the Ovi store. Some phones will come with Ovi Music Unlimited, so users can download tracks to the phone’s 16GB memory card.

The Nokia X3 Touch and Type, which sits alongside the Nokia X3-00, a slider with strong music functionality, which was launched in September 2009, is expected to retail for €125.