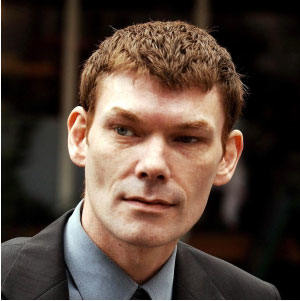 The high court has ruled that so-called “Nasa hacker” Gary McKinnon should be extradited to the US. The London-based hacker applied for judicial review following a decision in February this year by the Crown Prosecution Service not to bring charges against him in the UK.

Despite a relentless media campaign and several extradition appeals in the House of Lords and the European Court of Human Rights, today’s decision by Lord Justice Stanley Burnton and Mr Justice Wilkie could leave McKinnon facing up to 60 years imprisonment in a ‘supermax’ facility.

McKinnon was arrested seven years ago after allegedly hacking into computers belonging to the US Army, US Navy, US Air Force, Department of Defense and NASA.

The computer enthusiast from North London claims that he broke into the computer systems only to hunt for top secret information about anti-gravity propulsion systems and alien technology, which he believed the authorities were hiding from the public.

US authorities, meanwhile, allege that McKinnon – known by the handle ‘Solo’ – caused nearly a million dollars worth of damage, shutting down systems responsible for the tracking the location of naval ships, and protecting Washington DC.

“Of course a strong message must be sent out to hackers that their activities are unacceptable, but there is arguably a difference between McKinnon and cybercriminals who are in it for the money,” said Graham Cluley, senior technology consultant at security firm Sophos.

“The question is, how many more appeals do McKinnon and his numerous supporters have left before his unwilling departure from Heathrow airport.”