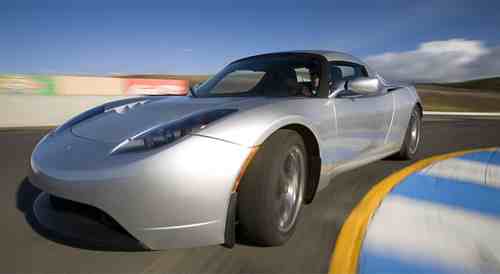 Electric car maker Tesla is to launch a right-hand drive version of its Roadster in 2010, the US company confirmed.

The
electric car is significantly different from its electric brethren as
it looks really good and does 0-60 in less than four seconds. It also
can do around 200 miles before needing a charge.

Left-hand drive
model can already be snapped up in the UK for about £90,000 but
company owner Elon Musk announced the new UK version as he opened the
company’s first European dealership in Kensington, London.

He said that
Europe "had the potential to become a huge market for Tesla, bigger even than the US".

In
the showroom the company also launched the speedier Tesla Roadster
Sport. The company is also developing its Model S electric saloon, which
is confirmed as back on track for the end of 2011.