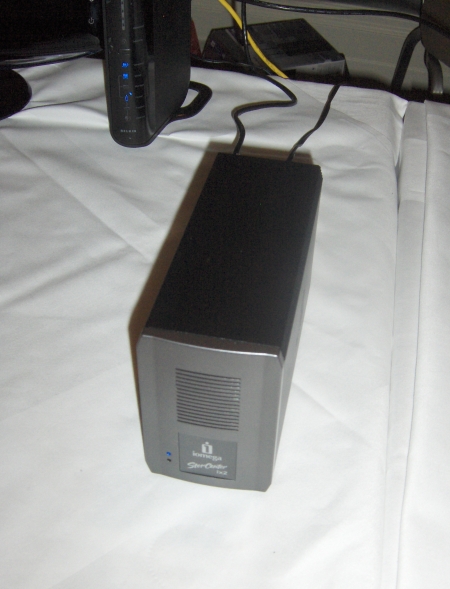 Having worked on a networking magazine in our early journalistic career, we thought we’d done our time looking at servers. But the same kind of technology that used to hold all that company information is now popping up in homes and very small offices. Like this Iomega ix2 Twin Drive.

It’s especially useful as a media server for those who want to wirelessly stream audio and video around their home.

It currently streams video into a bridge and then into a television. “By the end of the year there’ll be TVs with networking included so it’ll be straight in then,” the Iomega spokesman told AG.

The server is able to handle up to four or five streams at once – “certainly more than two”, we’re assured.

The latest free software update has added remote access so the drive can be checked from another machine.

An IP camera can even drop an image on the drive every 30 seconds so you can see what’s happening at your home no matter where you are.