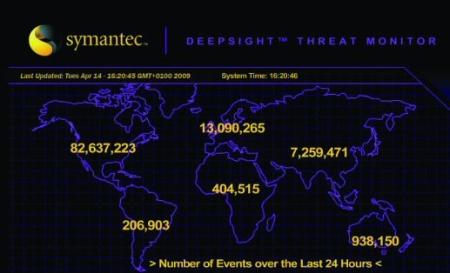 Symantec‘s Annual Internet Security Threat Report (ISTR) has found that underground criminals are now buying full personal identities for less than the cost of a can of cola. For the bargain price of 50p (Sterling), criminals can gain access to credit card details, names, addresses and date of births.

"This recession proof ‘Underground Economy’ is reaching such a level of growth and maturity that there are signs of a price war developing, as online criminals find it increasingly easy to steal private details, and barter to sell them for bargain prices," said Guy Bunker, chief scientist at Symantec.

"As above ground the world economy spirals, the Underground Economy has never been healthier."

Credit card information remains the most valued item, with details selling for as little as 40p ranging up to £20 for the most desired credit cards.

Bank account credentials were fetching as much as £675, whilst full identities can be bought for between 50p and £40.