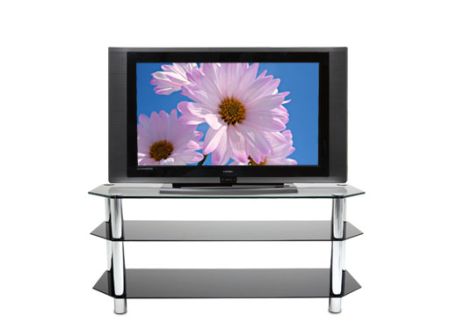 The
sixty-eight millionth victim of the credit crunch has been identified
as plasma TVs, which are stuck on shelves as shoppers go for the more
energy-efficient LCD models.

The
figures come from
eDeals UK, a site that offers "cashback"
– by logging in to the site then shopping as normal, customers
get a portion of the referral fee paid to the online retailer. This
means that eDealsUK can monitor over 2,000 retailers, giving a good
indication of high street habits.

Anyway,
enough of the science bit. eDealsUK has been looking at 600,000
shoppers, and found that 13 per cent more LCD televisions were sold than
plasma compared to last year. While this is good news for the
environment, the switch seems to be for economical rather than
ethical reasons.

"People
are picking the greener type of television, although it is primarily
to protect their own wallet not the environment," said Nadeem
Azam, eDealsUK’s marketing manager.

"Plasma
TVs consume on average as much energy as freezers and fridges do,
even though they are not switched on 24 hours a day."

"LCD
television technology is three times more energy efficient. And in a
recession where monthly outgoings must be kept down, people are
willing to sacrifice a slight improvement in picture quality for
lower electricity bills."