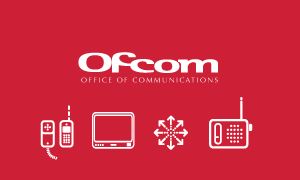 ISPs, love or hate them (most of us fall into the latter category) they
never seem to live up to the promises they make. Now telecoms watchdog
Ofcom has got in on the act and will name and shame the slowest.

The regulator said that it will make public its findings sometime in April.

In
a partnership with SamKnows Broadband, they are using specially adapted
routers, installed in 2,500 homes around the UK to measure download and
upload speeds, among other variables.

This announcement comes on
the back of the news in January, which revealed that the average UK
household gets on average half the advertised speed of their connection.

After
much negotiation with ISPs, Ofcom has now decided to release
ISP-specific data, despite concerns that the sample size was too small.
Ofcom seems to want to make the market more competitive and
transparent, a movement a lot of broadband users would be behind.

Hopefully when the list is released, the unlucky shamed ISPs won’t have
to deal with a lynch mob and the threat of their HQ being torched – as
much as some of their punters would wish it.