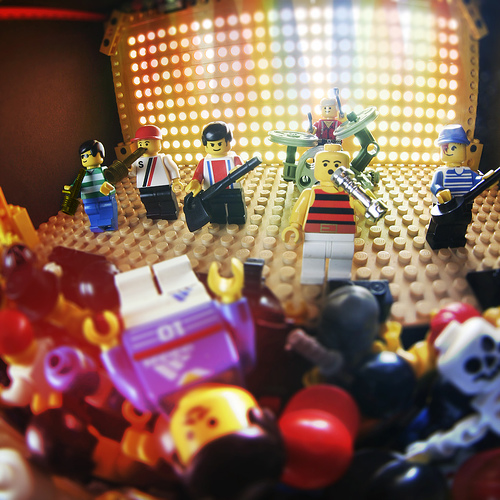 We like Lego and we like Rock Band. We also like the Nintendo Wii.
Wouldn’t it be great if they were all combined into one single game? If
the rumours are true they could very well be.

A source close to Traveller’s Tales, the company behind Lego Batman and Lego Indiana Jones, told gaming website VG247 that the rumours were "100 percent accurate".

An interview on BBC Radio One confirmed that the company was working on another Lego title but refused to confirm its identity.

The company was also rumoured to be working on a second Indiana Jones
title but that speculation was met with a quick "no comment from Warner
Bros, the company that owns Traveller’s Tales.