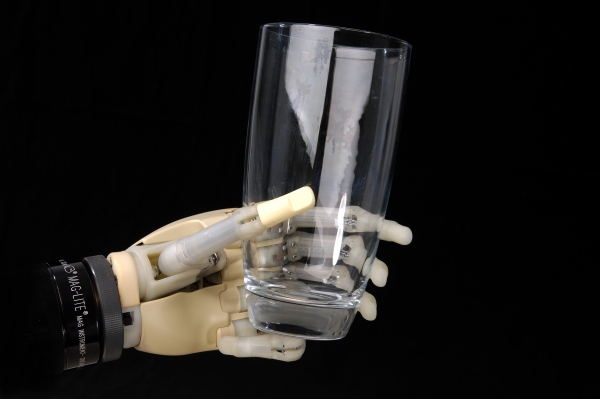 As a
kid of the 1970s, I keenly watch the Six Million Dollar Man. Now fast
forward thirty years and a Scottish company has managed to scoop a Time
Magazine honour for its bionic hand.

The US publication ranked the artificial hand developed by Touch Bionics as one of the best innovations of 2008.

Dubbed
the i-Limb (sadly it doesn’t come with a docking station for an
iPhone), it is the world’s first commercially-available bionic hand.

However,
wasn’t the number one invention. The i-Limb ranked number 14 behind the
likes of the world’s fastest supercomputer and the Large Hadron
Collider.

"To have been placed ahead of incredible stories like the Mars Rover,
MIT’s MDS robot and Berkeley’s invisibility cloak is a tremendous
achievement," he said.

The i-LIMB was developed by David Gow. It is lighter than a real hand
and made from high-strength plastics. The hand makes use of the nervous
system to work and send signals back to the brain.

More than 400 people have been fitted with the artificial limb since launch.