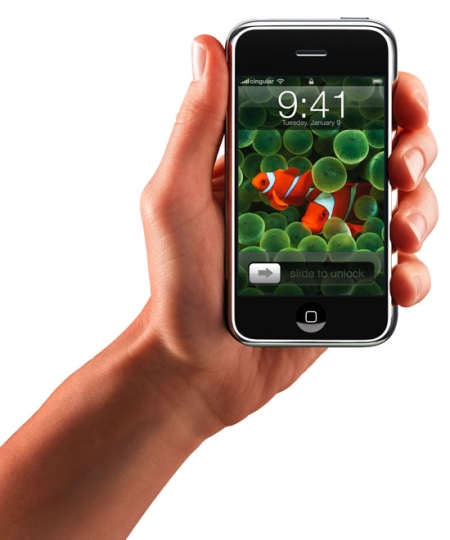 The iPhone may be reassuringly expensive, but for some (well most)
Britons it is too expensive. According to a survey carried out byGfK NOP, three-quarters of us are put off buying the highly-desirable device because it’s a bit rich for our tastes.

Only a paltry two per cent said they’d be putting the iPhone on their Christmas list.

The
news comes as a bit of a blow to Apple, after the wildly successful
launch in the US, the phone has had mixed fortunes after launching in
the UK
and Europe. In the UK, the device costs £269 and users have to sign up
to an 18-month contract with O2, which has the exclusive contract in
the UK. Tariffs also start at £35 per month, again a bit too much cash
for some.

"Apple’s history proves that it
has the magic touch when it comes to product development and marketing,
however the iPhone has yet to capture the imagination of the UK public," said Richard Jameson of GfK NOP.

"iPhone hype is in full force, but our data shows that it is
very much a considered purchase, with its high price turning many
consumers off. We must take into account that the UK mobile market’s
success has been down to subsidised handsets, therefore the iPhone’s
price really stands out and consumers are not used to paying in excess
of £200 for a phone."

He
said that Apple needed more than fancy phones to make an impression
with customers in Blighty. "Apple will have to work much harder in the
UK than it did in the US to make iPhone a mass-market proposition."

Of courst being that expensive, the iPhone is also a bit of a target for criminals as well.

We also reported that a new study from a Chicago-based usability
consultancy reckons that texters have a hard time using the phone’s new touch screen.