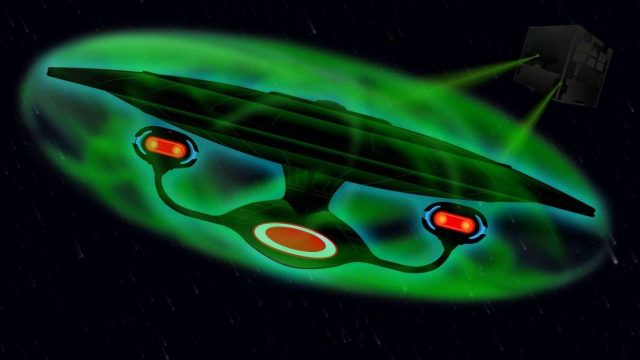 Force fields are a topic straight from science fiction movies, but the US military argues that such technologies are “on the horizon.” Does this mean that a powerful new form of shield will be created against enemy attacks?

According to a recent report from the US Air Force Research Laboratory, umbrella-like forcefields capable of deflecting attacks have reached the “tipping point” of practicality. This means that “the concept of a weapon [directed energy] creating a localized force field may be just beyond the horizon.”

The force field will not have the shape of a physical protective bubble-like in “Star Trek”, but a “safe” zone where all hostile objects will be immediately eliminated. The force field will be generated by several types of energy weapons – initially mounted on vehicles, but the ultimate plan is to launch them into space, from where they will shoot down rockets within a certain radius using a laser.

“By 2060, a sufficiently large fleet or constellation of targeted energy weapons systems could provide an anti-missile defense umbrella as part of a layered defense system, if such concepts prove affordable and necessary. By 2060, we can predict that directed energy systems will become more effective, and this force field idea includes methods to destroy other threats as well,” said Jeremy Murray-Krezan, AFRL Assistant Principal Scientist for Targeted Energy.

It is difficult to give a specification of the technologies behind the weapon to be used in 40 years, but work has already begun. Earlier this year, the US military announced that it was developing the world’s “most powerful” laser, powerful enough to vaporize all targets as well as disrupt signals from enemy devices using electrical pulses. Named Tactical Ultrashort Pulsed Laser for Army Platforms, the targeted energy weapon is estimated to be a million times more powerful than any previous laser platform.

The US military’s new system will have a power of one terawatt for a short two hundred femtoseconds (or one quadrillionth of a second). Although it seems like a fleeting time, it is enough to destroy the enemy drone. Once fired, the weapon will also temporarily interfere with nearby electronic systems.