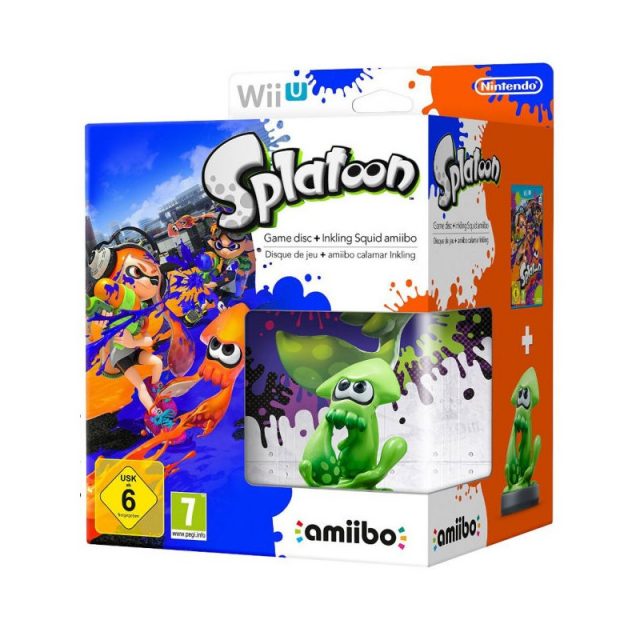 In one of the more offbeat robberies of recent times, thieves have made off with the entirety of GAME’s shipment of the Special Edition of Nintendo’s squiddy shooter, Splatoon.

The Wii U game, on sale tomorrow, is Nintendo’s first attempt at carving out a slice of the ludicrously lucrative online-shooter pie. Except being Nintendo, rather than a grim-‘n-serious military gunfest, Splatoon has fashionable kids that turn into squids and shoot paint at each other, in a mash-up of Quake III Arena, cult Dreamcast classic Jet Set Radio and Wii oddity De Blob (and maybe a bit of Super Mario Sunshine in there, too).

Anyway, a lorry full of stock was on its way from Nintendo’s European headquarters in Germany to GAME’s UK warehouse but was stolen. Much of the lorry’s contents were made up of the Special Edition of the game, which came with a Squid Amiibo. GAME’s entire shipment of the Special Edition is now gone, and apparently that was the only way to get the Squid Amiibo in Europe.

“Due to these extraordinary circumstances, we will unfortunately not be getting replacements for these missing items,” GAME’s email to customers said. “We have no option but to substitute the Splatoon + Squid Inkling in your order with the standard version of the game.

“You will still receive your Inkling Girl and Inkling Boy Amiibo. We will be discounting this edition by £10 from £52.99 to £42.99 to apologise for this inconvenience.”

“We can confirm that the lorry transporting the Splatoon stock from Nintendo’s European warehouse to GAME UK has been stolen,” a company spokesperson later said to Eurogamer.

“Included as part of this delivery was GAME’s allocation of the Splatoon + Squid Inkling Amiibo and as a result we are unable to honour pre-orders for this item in GAME. We are working with GAME to contact those customers affected.

“Whilst these unfortunate circumstances were out of Nintendo UK and GAME’s control, we apologise for any inconvenience or disappointment that this has caused.

We’ve had a peek on eBay and – surprise, surprise – the half-inched games are starting to show up for the best part of a hundred pounds.