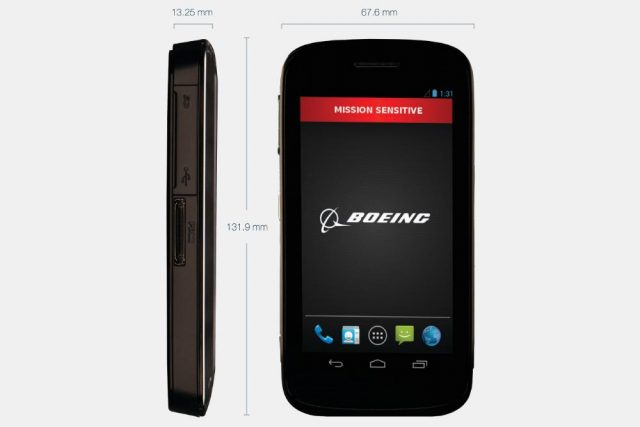 Boeing has taken a page out of Tom Cruise’s book and invented a smartphone with a self-destruct function.

The company might be best known as a plane manufacturer, but it also has a lucrative sideline in secure communications, with the US government among its clients.  Its new phone, the Black, is the latest example of this.

The Black, which the company said took 36 months to produce, is based on a heavily modified Android interface with Boeing-brand security apps included.  Any attempt to tamper with it will result in it deleting all its data and making itself inoperable.

The case itself is also tamper-proof, with specially covered screws and a lining of epoxy that prevents people from prising it open and replacing parts.

Any budding spies should put their fake bank accounts away, though – the phone’s not intended for mainstream retail, and at any rate it doesn’t have a price or release date yet.