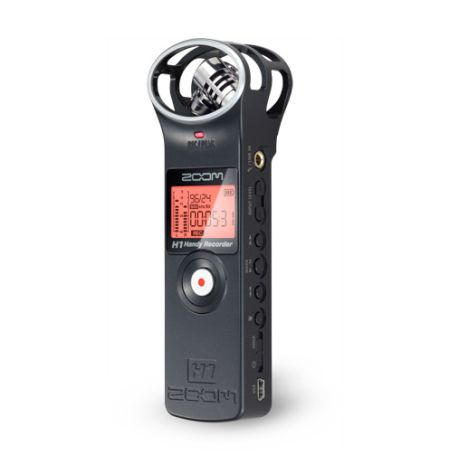 Zoom has announced that its authorised dealers in the United States are taking pre-orders for the “highly anticipated” H1 Handy Recorder. It’s Zoom’s smallest recorder yet, and features the same mic capsules as its H2 – the most popular handheld recorder in the world, according to the company – along with a stylish, pocket-sized design.

The H1 features two onboard microphones configured in an X/Y pattern, for “stunning stereo imaging depth and clarity”.

The H1 records on microSD cards and comes with a 2GB microSD card. Using a 32GB microSDHC card allows over 50 hours of recording time at 16-bit/44.1 kHz.

Pre-ordered H1s will ship to customers on August 20, the same day they’ll be available in shops. The device sells for around $99.