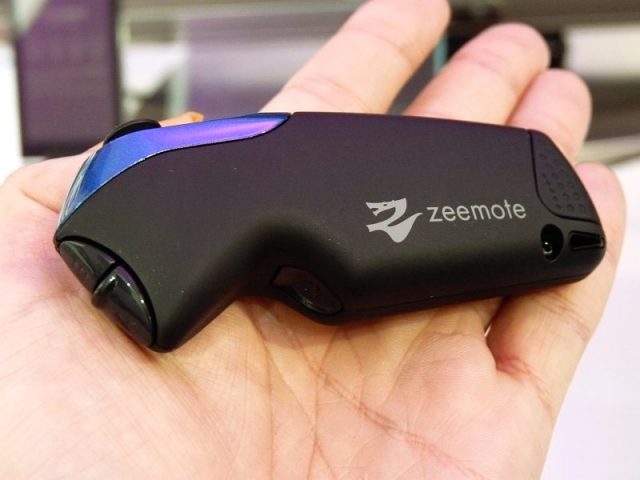 We were under the impression that gaming on your mobile was primarily a quick five-minute time-killer that makes a virtue of “pick-up-and-play”. Apparently we were wrong.

Japanese company Zeemote Technology has unveiled a Wii nunchuk-style wireless controller for mobiles, for more immersive gaming. The Zeemote JS1 works on Bluetooth, features triggers and an analogue stick and weighs 25.5 grams, so it’s not distractingly large, but come on. How daft would you feel holding a phone in one hand and a separate controller in the other?

We predict the answer is “very”.

There is a YouTube clip of someone demonstrating the controller by hooking the phone up to a TV screen and playing a game that way, which makes a bit more sense. But still…