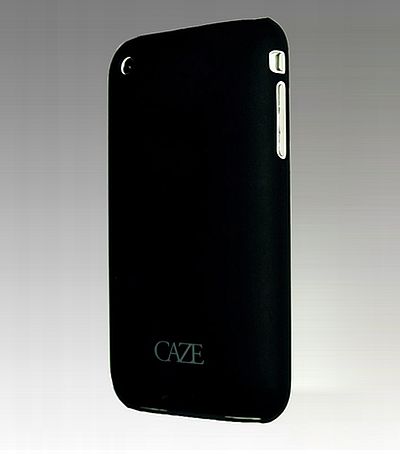 Caze is adding to its Zero 5 range of iPhone 3G and 3GS cases, which claims the honour of being the world’s thinnest protective case. And the Zero 5 name isn’t a coincidence, as they feature a maximum thickness of 0.5mm.

“It’s so thin and light weight, it’s almost unnoticeable when installed,” a Caze suit says. “This ultra-thin case is especially suitable for users who wish to show the original iPhone outlook and shape while receiving the best protection.”

The company has added the Zero 5 UltraThin Matte case, branching out from the clear and black cases that were first available back in 2008. Zero 5 increases protection by extending the shell to wrap around the chrome edges and corners of an iPhone.

“Matte Black is a new member of its Zero 5 family and it comes with an iPhone stand and two screen protectors,” the Caze suit continued.