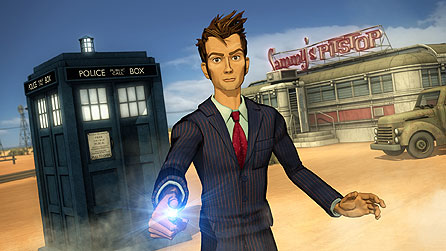 No, it’s not a rival to Red Nose Day. Instead, the BBC is calling 2009 the year of the Red Button – following the most successful year ever for the interactive tool. The Beeb said there’s been more interactive content launched this year than ever before and that’s helped it get over 11 million people pressing red each week, on average.

Not that Auntie is resting on her laurels. Christmas karaoke returns with an interactive version Top Of The Pops, there are 24 Victorian Christmas “how to” guides to peruse and new interactive technology will bring BBC iPlayer to some Freesat viewers this Christmas.

Among other highlights, almost one million people tuned into watch the new animated Doctor Who series Dreamland. Meanwhile, just over a million people watched Robbie Williams perform three exclusive tracks on the red button as part of his appearance on Friday Night With Jonathan Ross.

After celebrating its 10th anniversary in November 2008, this year audiences have tuned in to watch traditional favourites like Wimbledon and the Eurovision Song Contest, and been treated to new and exciting innovations such as the BBC Proms Maestro-cam and an innovative F1 experience.

“This year has proven that audiences love choice and enjoy the extra interactivity that the red button service can provide and we’re pleased that, as UK television becomes fully digital, we’ve been able to take this incredible performance to even more viewers,” said John Denton, managing editor of the BBC Red Button.